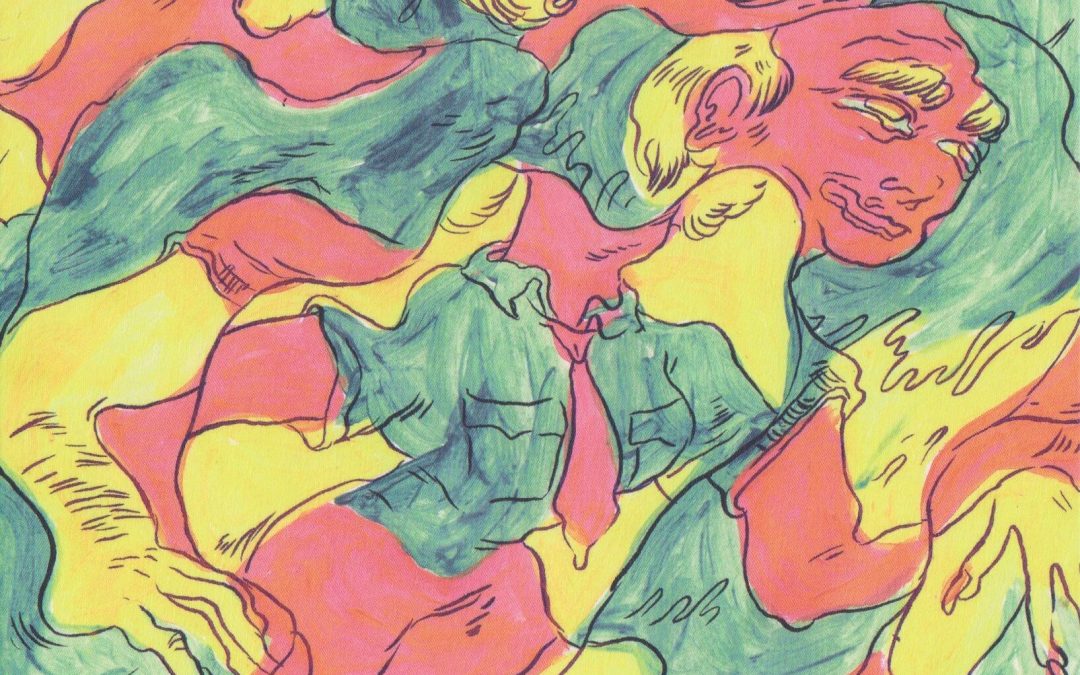 After the initial spin of this CD, I was totally unsure of what to make of this debut album entitled ‘Mint’ comprising nine tracks from Norwegian instrumentalists Orions Belte’. At only 35min long, it is, by today’s standards, a shortish project of what I initially thought could be generally described as a pleasant-sounding slice of lounge music, likened to when you are waiting to check in at a hotel or during an interval period at a cinema when piped background music is played whilst waiting for the play or film to re-commence. But subsequent spins reveal a lot more to this album, Opening the proceedings with a bountiful helping of gorgeous dreamy melodic steel guitar that is in turn coloured with layers of accompanying well-considered keyboard arrangements. Further interest is then injected with contrasting much harder-edged guitar contributions  But slightly confusing and by the time track three has been reached, there is a divergent kind of shift in the music towards a more rhythmically inclined psychedelic guitar style. Needless to say, throughout the nine tracks, there is a distinctly warm melodic edge that is present and that slowly bubbles to the forefront of the tune but does so in opposition to a rather darker side to the musical arrangement. To explain this further each of the individual tracks is graced with a warm coating of steel guitar but, at the same time, there is a certain jerkiness to the delivery which leaves you slightly uneasy, rather like listening to brief sequences of a band in the middle of a practice session. But in a  sense, these pleasant intervals, comprising what seems like a series of different lead and bass guitar movements and which are then in turn sandwiched between percussive movements with electronic distortions and discordant guitar dispersions do create another dimension and feel to the sound.

The originality of course has to be admired and the many pedal steel guitar flurries which are integrated into the mix add a bright and interesting edge to both the staccato and other rhythmic guitar combinations.

Generally, the music seems to be divided into two separate packages one of which leans towards a more genial softer melodic guitar style and another where the music relies on speed, instrumental dexterity and psychedelic intent. Looking at the album as a whole one could say that it is a preverbal mish-mash of musical bits and pieces that are spread around without any sense of continuity the end result being one of slight confusion as to what kind of album do I hold in front of me. With limited vocal content to the nature of the music it has to be described as an instrumental album and so from a listener’s perspective, it is hard to see where this would fit in from a commercial angle. Maybe selling CDs at support gigs is a strong possibility.

The fact that these guys are good musicians aside I do not see it as music for any kind of audience participation, dance hall histrionics or achieving satisfaction through deep inner psychedelic entrancement.

From The Press Release:-Band members Chris Holm and Øyvind Blomstrøm make a living out of touring and creating for Norwegian names such as Sondre Lerche, Young Dreams, and Nathalie Nordnes, and so are almost always on the road and exploring different sounds wherever possible. When their paths crossed for the umpteenth time in 2016, their mutual dream of starting an instrumental project together finally found a spark. Holm’s companion from the Bergen scene, Kim Åge Furuhaug, was the match, and Orions Belte was born.