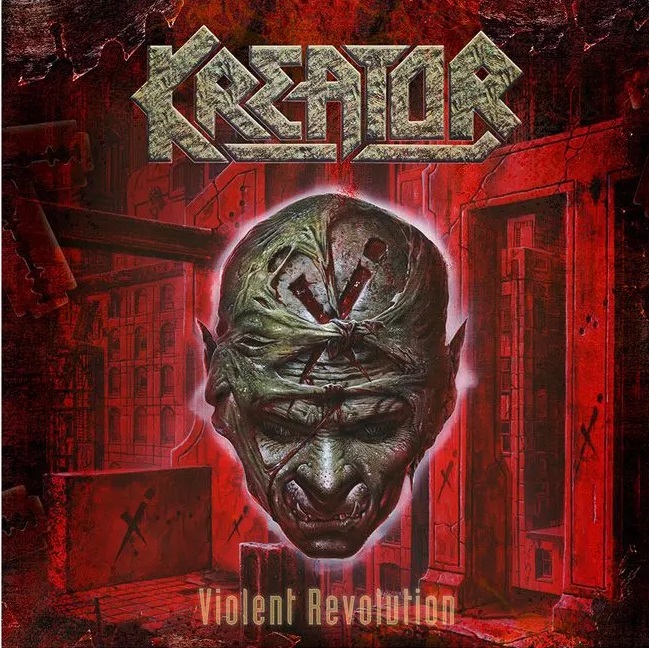 Kreator have always been deemed to be one of the most important thrash bands to come out of Germany, and that they are still going in the current day (and this week have released a new album, to be reviewed soon), is a testament to their drive and fans. Indeed, three members of the band in 2001 which worked on this album are still there in 2022, with only bassist Christian Giesler no longer with the band, having left in 2019 after 25 years in the role. So why the interest in such an old album? Simply because it has been released by Nuclear Blast as a massively expanded anniversary edition. As well as the original album, it has been released long with a huge selection of assorted live bootleg recordings, grouped together under the name ‘Bootleg Revolution’. This captures the band at various festivals and concerts around the world, including countries like Brazil, Korea and Istanbul, and at German Festivals like Wacken and Waldrock.

A great deal of work has been undertaken on the 41 (yes, forty-one) tracks which have been made available on this additional set, and it is three hours in length as we get different recordings of the same song at different places. For such an old album it has really stood up to the test of time, being incredibly melodic for a thrash release without ever tipping into melodic rock, rather just tightening up and sweetening the genre somewhat. All Kreator fans will already have the original album so is it worth picking up one of the multiple available formats to grab the additional live cuts? Fortunately Nuclear Blast have thought of that already and ‘Bootleg Revolution’ is available as a standalone, and if you are a real fan then you may well want to have a live set which contains three different versions of the same song, but if you are that dedicated you are probably going to get one of the physical combined versions anyway. I had not played the original for some time, and it is fascinating to hear it sounding as vibrant and current as it does, which shows what an impact it had when it originally came out as the scene has now caught up with them. It will be interesting to see if Nuclear Blast continues this idea with other releases, as it is certainly a good way of revitalizing the older catalogue.