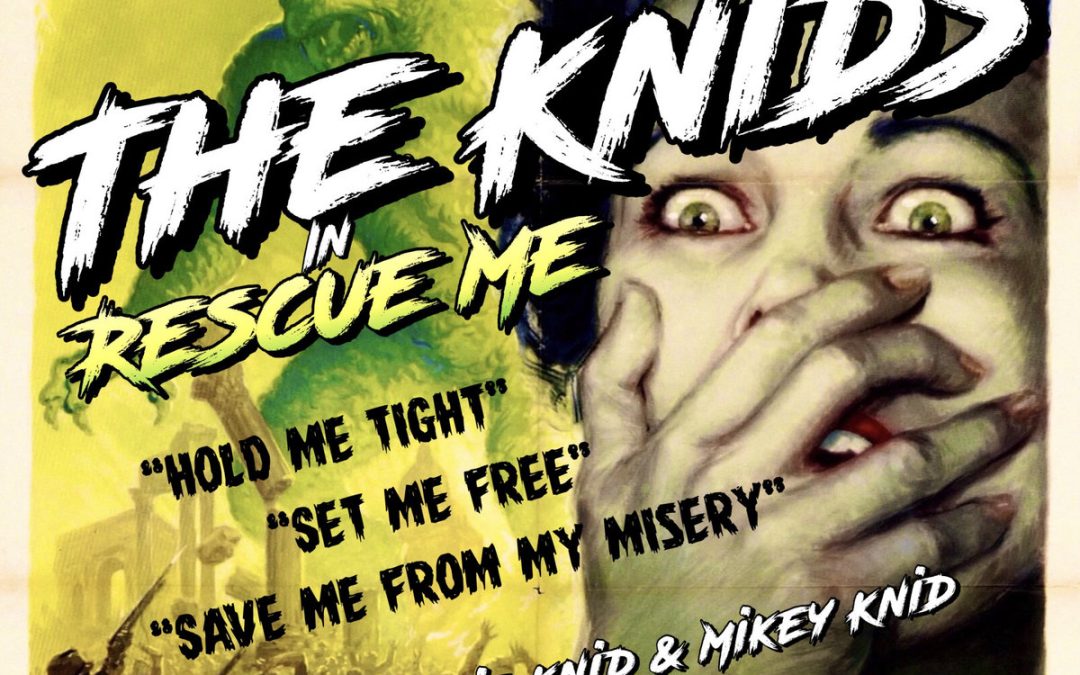 The Knids are back with their second album, which has one of the coolest covers ever! I was a big fan of their debut, One Small Step for Man, One Giant Leap for Manknid, and I am glad to report that this one continues exactly where that one left off. The Tauranga-based trio of Coz Knid, Chris Knid & Mikey Knid have the knack of creating perfectly formed pop singles which are rooted in the late Seventies post-punk era of alternative lo-fi DIY music, and the result is yet another release where all one can do is join in on the infectious choruses and smile. The title track has more than a hint of the Sixties about it, while also paying homage to The Ramones, a bassline which is sublime and then the raucous singalong which demands everyone participates and have a good time.

Of course, no self-respecting alternative band can do a whole album without having fun at someone’s expense, even if it is at themselves, and I’ll Wait has some twanging guitar which makes a mockery of country and western. But wait, what’s this? Next, we have Count On Me which has honky tonk piano at the foundation, funky horns, and one can imagine this being a smash success forty years ago. It captures that vibe which meant bands like Rezillos and Dexy’s Midnight Runners could be happily playing alongside Madness and The Selecter, where music was naïve and all about heart and passion as opposed to auto tune, over production and an assembly line of wannabe lookalikes.

There is a simplicity to much of their songs which draws the listener deep inside, yet it is the arrangements which are at the heart of it all as there is a great deal of space and no risk of over-compression or losing the distinctiveness of what they are doing. Closing Time is another country song, here with some wonderful banjos, and a vocal line (and lyrics) which just cannot be taken seriously, unless they can get it on the right radio station (with a straight face). Mind you, they show their true selves in Dirty Rotten Vermicious Knid which closes the album, as we have some blistering harmonica and a band throwing out punk vibes in a standard blues pattern which could have come straight from the garage bands of the late Sixties.

Hats off to The Knids, as this is an album all about having fun and surely that is what music is supposed to be? Grab this and get taken back to a time when artists ruled the scene and not the corporate monsters. Nice one guys.