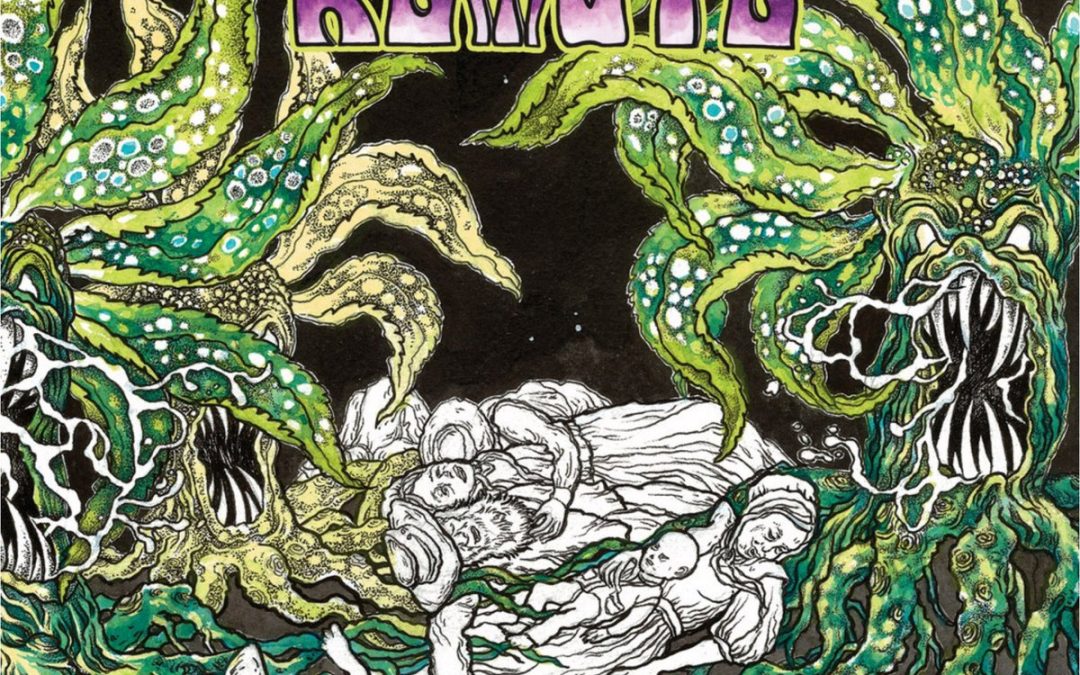 Remote were formed in 2011 in Kaluga, Russia, by Pavel Stasev (guitars), Evgeniy Kravchenko (bass, vocals) and drummer Roman Makushev in 2011, initially as a doom outfit before moving more into a stoner/sludge direction. Roman was replace by Nikita Goryachev in 2013, and it was this line-up which recorded their debut album in 2014, ‘The Great Bong of Buchenwald’, and then following it up with this their second two years later. There are only six songs, but it still clocks in at nearly an hour in length, with closing number “Tesni” being nearly 16 minutes long. This album is as heavy as lead, combining doom, sludge, stoner and black metal vocals to create something which is bleak, slow, and crushing.

It is a crossover in that it is strongly using different elements of these genres yet putting them all together to create something that is threatening in some ways, yet melodic and interesting in others. The guitar is going through heavy distortion, and one cannot hear any striking of the strings as the chords and notes come at us like solid blocks. The bass is tied in directly behind, backing up the guitar, with the drums providing some clarity within the swamp, and it is certainly something which fans of very heavy music would do well to discover. The guys are still going, although now as a duo of Evgeny and Nikita, and they released a new album through No Name last year, ‘Дым’.