The Moon Mistress: Silent Voice Inside (2012) 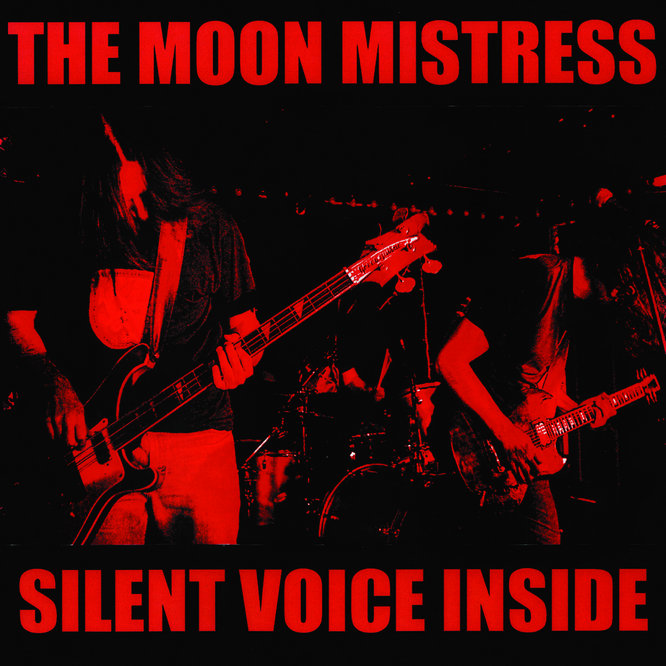 Formed in 2009 as The Moon Mistress, this Moscow trio changed their name in 2014 to Destruktor, but the line-up has been consistent throughout, with Garish (guitar, vocals), Memphis (bass) and Mitya DHS (drums). This 2012 album was their debut full-length and is now available through no name. The lyrics are in English, while the musical style is very much stoner/doom, with everything that implies. Recorded in April 2011, there is a rough and ready rawness to this which makes me think back to the music coming out of the NWOBHM period in the late Seventies/early 80’s. It does not contain the polish of many of the doom bands who came later, but instead makes one think of the tape trading times when music was being copied on cassette and passed around fans.

In that manner it has a lot in common with the Scandinavian Black Metal scene of the early 90’s, and this album has attained very high reviews from those who have come across it. No name continue to be involved with very interesting releases out of Russia and surrounding countries, and I can see why this is revered so highly, as there is a naïve brutality to it which takes it to a different level. The repeated riffs are almost hypnotic at times, and the trio are tight, producing stoner which at times picks up pace such as on “Cease To Exist” which has been heavily influenced by Sabbath and is a load of fun. Fans of the genre would do well to seek this out, which as I write is available through Bandcamp for the princely sum of just €5 EUR so why not give it a listen?