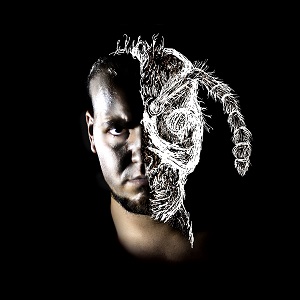 Conceptual ideas associated with progressive rock music are, of course hardly new. They take many forms with bands feely fitting their music around popular stories or historical events.  The idea behind such an enterprise, often being to act as a kind of transportation medium for the resultant music. Thus giving the music a sense of meaning, direction and in the bargain extending the compositional scope of the project by providing ideas around the storyline or factual happenings themselves.  In the case of ‘A Constant Storm’, they have indeed created a storyline, based around a colony of ants, to project their music for their third studio album. However, such is their imagination, it follows the exploits of a soldier ant who develops a human consciousness after being infected by a virus, created by humans as an experiment.

From a music perspective, it is a thoroughly enjoyable, pretty well a one man, project fronted by ‘Daniel Laureano’ (Lead Vocals, Electric Guitars, Acoustic Guitars, Bass, Midi Keys) who not only composed the music but wrote the lyrics too. The rest of the crew comprise ‘André Cardoso’ on Drums, Additional Keys, Soundscapes and ‘Maria Ana Guimarães’ Piano. Clearly, the project must have been a mammoth task of studio engineering (Recorded, Produced and Mixed by André Cardoso / Mindset Studios).

The entire affair comprises eight well-planned tracks. Some of which burst to the fore with myriads of speedy fuzz guitar and energetic riffing and supported by a bountiful helping of powerfully animated drumming. Whilst in others the flavour of the music takes on a more melodic folky feel.  Daniel uses a whole range of guitar styles to create an abundance of soundscapes and colours that in turn provide both atmosphere and texture to the storyline. The vocals, I guess multi-tracked, are really well proffered to create an impression of two-part harmonic delivery. Honestly, they are not the best voices in terms of vocal splendour but they are brilliantly executed and certainly fit the part of a soldier ant with a bawdy kind of emphatic no-nonsense story to tell.

#3 – Ant
1. Ant (Including March of the Soldiers)
2. The Colony
3. Chimeric Endeavor
4. Vanity
5. Cage of Tunnels
6. In the Frozen Vale
7. Truthbending
8. A Collection of Endings and Origins