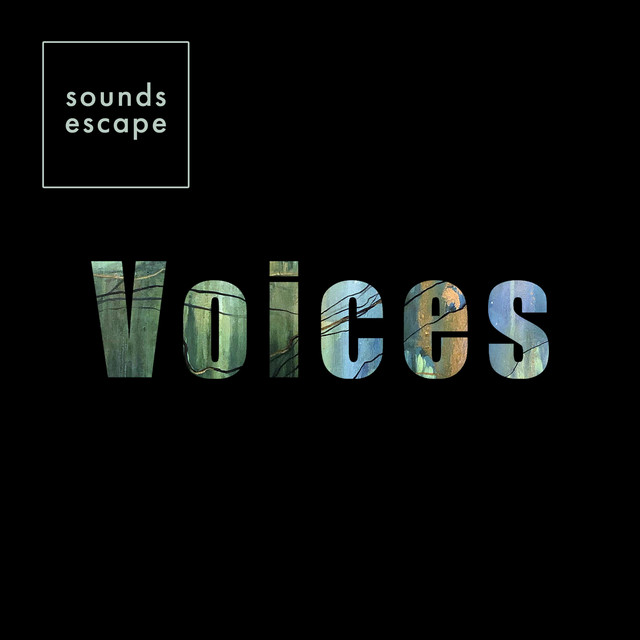 Sounds Escape is a new project by multi-instrumentalist Logan Wedgwood, with Voices being the debut release. This six-track 30-minute-long instrumental album was conceived during the first Auckland lockdown when Logan discovered he and his wife were not coping well with the stresses of being at home all the time, attempting to combine parenting with Zoom meetings and each other. Earlier in his life Logan has been drummer in a pop/punk band and when looking for a release he returned to music for the first time in years. He decided to learn guitar, teaching himself through an online course and practicing every night. He then turned his attention to bass and piano, and alongside his drumming all these instruments can be heard on Voices.

The guitar is the primary melodic lead throughout, but this is most unlike most of the guitar-led albums I have come across as Logan is not a shredder, and instead we have songs (with no vocals) where themes are developed, repeated, and then taken into different areas. Many of the songs have many layers of guitars as Logan builds the sound, but he also understands the need for contrast and can move into something far more delicate when the need arises. The idea behind this release was to get people thinking and feeling again, something which can be overlooked during the strains and stresses of everyday life. Musically it strikes a balance between rock and new age, as there are times when the music can feel almost meditative as the listener falls under the spell.

Due to the melodic repetitions and development of threads, this is music which either has to be concentrated on with no interruptions or played as background music to create a certain ambience. It is not over the top, but instead contains a heartfelt simplicity which feels honest. When asked about opening track The Longing, Logan said, “It is about having a fight with your partner, the push and pull and letting egos get in the way. It’s about sitting on the couch next to my wife, both of us still angry at each other. No one wants to be the first to speak and the first to say sorry, so we sit in silence. But slowly, you choose to forgive and forget and look to each other for connection.”

One to listen to and let the mind wander where it will, listening to his stories without words.