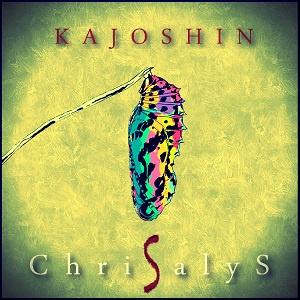 www.facebook.com/kajoshinofficial
Hailing from the city of Padua in Northern Italy, West of Venice, KAJOSHIN  are a four-piece Progressive Rock Band that was originally formed in 2009 under the auspices of  Claudio Russo: Vocals and Guitar. With the readymade tourist area of the nearby ‘Brenta Riviera,’ they gravitated towards the clubs of that area to strut their stuff and, in the process, gained a good local following. Then in 2010 together with favourable attention from the music press, they released their first self-produced EP titled “Kajoshin ” and two years later they released their first album “Armi Di Seduzione Di Massa”. But after this initial success and despite Claudio trying to keep things together, the band faded into obscurity with their current onboard musicians moving on to other bands and Claudio, in the bargain, also following some solo projects.

Whilst, for others, the pandemic and subsequent lockdowns, created mayhem Claudio found the creative inspiration to revisit the musical ideals of ‘Kajoshin and to put together sufficient material ready for recording an entire album. Such realisation came to fruition at ‘Green Vibes Studio’ with friend and collaborator, multi-instrumentalist and studio technician Alberto Pigazzi with the production of the second album “ChriSalyS”.  This new album collects 10 tracks written and rearranged from the live shows of the first line-up, others recently produced.

Apart from Claudio’s very slightly accentuated vocal delivery, one could be fooled into thinking that this was an album of early seventies progressive music from the British Isles rather than Italy, this might be because the normal swathe of Italian sweeping keyboards is more or less absent from the entire score, although there are some uncredited keyboard fills. But instead throughout the ten tracks, there is a beautiful melodic edge that is set within a distinctly rock-flavoured background of the well-considered guitar. Indeed as the main focus of attention the guitar ebbs and flows through oodles of both beautiful, complex and emphatic guitar passages which all together accentuate a truly British driving guitar feel recalling in parts slices of Pink Floyd, Genesis and even Lead Zeppelin. Solid In support and giving the music direction is a wealth of adorable and equally melodic running bass lines together with a platform of totally fascinating busy shuffling and energetic stick-work of the highest quality.

Summary: It is an interesting well put together an album of thoughtful guitar-orientated music from a talented, tight-knit trio that revisits a distinctly 70s progressive rock style with skill and much panache.  It is presumed that the band’s recent signing to Wormhole Records was the catalyst for the swift re-release of this album after only one year. It is also presumed that a further release of new music will soon be on the cards, one hopes so.