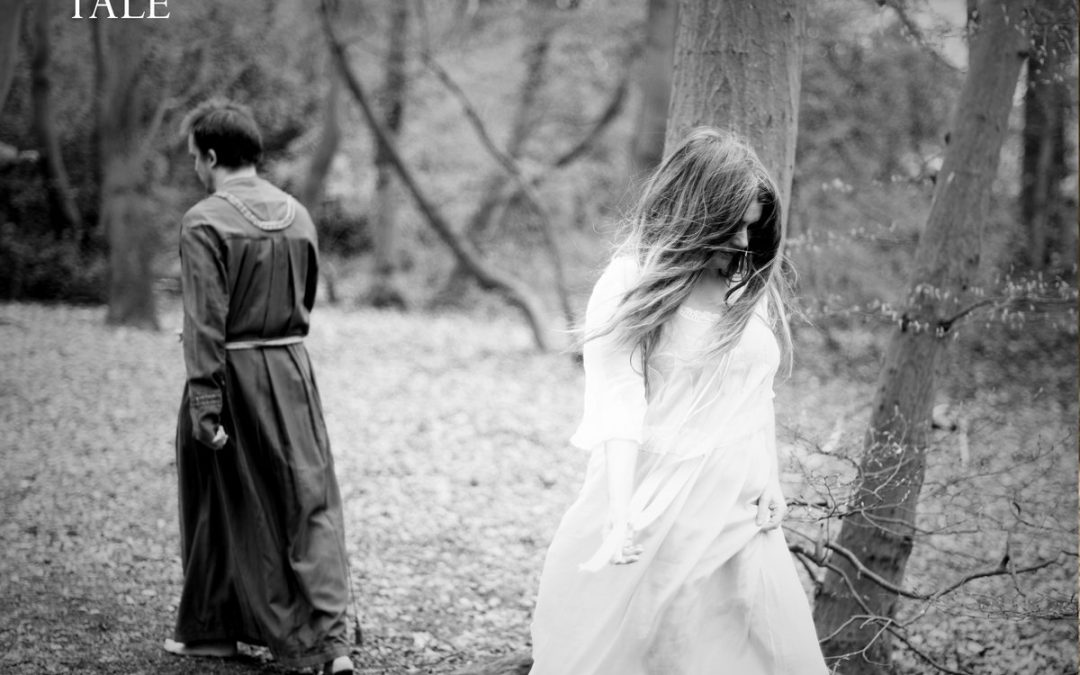 There is something magical about the vocals of Katharine Blake (Mediaeval Baebes, Miranda Sex Garden), which always manage to evoke incredible worlds, and here she has combined with Michael J York (Coil, Current 93, The Utopia Strong, Teleplasmiste) as The Witching Tale, which features guests such as Charlie Cawood and Kavus Torabi alongside Katharine’s twelve-year-old daughter, Rosa Marsh. Putting aside the incredible vocal talents of Katharine, she is one of those musicians whose knowledge of the history of music and the ability to put that into a modern context is nothing short of remarkable. I have been fortunate to hear various albums over the years she has been involved with, and they always leave me feeling both honoured to have heard them and just a little bit in awe of the person with the foresight to bring all the threads together.

Of course it is the vocals which are the lead feature, but with Michael J York showing off his multi-instrumental talents (synthesizers, bagpipes, tanpura, duduk, fender rhodes, piano, double bass, electric guitar, hurdy-gurdy, viola da gamba, begena, rebab, percussion, field recordings) alongside others such as Charlie Cawood (who of course works with Katherine in Mediaeval Baebes) it is the combination of all these elements which take us on a very strange journey indeed.

This album concerns the black celebration of the magical power of eroticism and somehow brings into the modern age musical and lyrical influences from 8th century Arabia, combining traditional instrumentation with analogue electronics and field recordings to make something which seems ancient and modern all at the same time, using stylings and time signatures which Western ears have issues making sense of with the result being something quite unworldly. One would hate to see the score for this, as it must be both complex and immense. There are pieces such as “The City In The Sea” where a more traditional folk element allows Katharine the room to speak the tale before starting to sing, and the ear feels drawn to a style which is more recognisable before slowly it adds complexity and instruments.

She is mixing influences from Arabic poets from more than a thousand years ago with the likes of Poe, Chatterton, and Scott, using them all to describe the core threads of sex, longing, and death. The arrangements bring her vocals to life in a perfect marriage, each existing separately but the bringing together of which takes this to new levels. Experimental yet traditional, off-putting yet compelling, this is a release only for those who are willing to take the time to explore not only the music but their own reaction to it. This is both intense and immediate, absolutely vital.