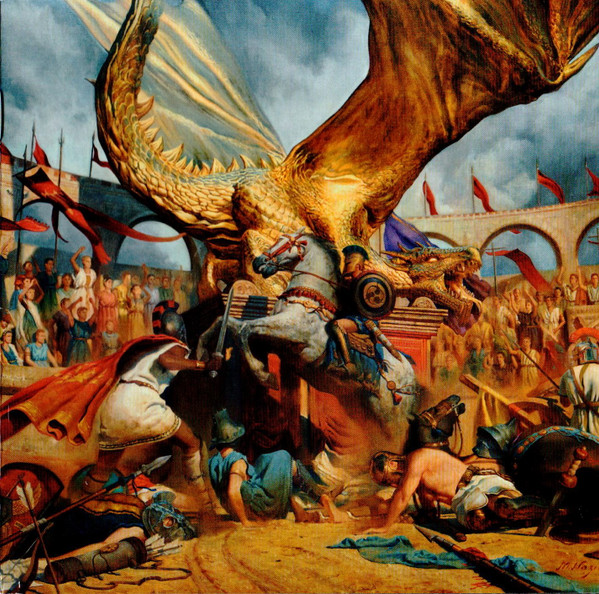 I first came across Trivium when I was asked to review their second album, 2005’s ‘Ascendancy’ which just blew me away. A few years later I was fortunate enough to see them headline a gig in Auckland (supported by Whitechapel, what a night) and then went to see Disturbed just because they were one of the support acts (and then walked out on the headline as they were boring in comparison). Lead singer and guitarist Matt was one of the founders back in 1999 while Corey Beaulieu (guitars, backing vocals) has been there since 2003 and bassist Paolo Gregoletto since 2004 while this is the third album they have recorded with newbie drummer Alex Bent so it is no wonder they are tight.

Here we have a band determined not to live on past glories, but instead are at the height of their powers and have released possibly the finest album of their career to date. Everyone is confident in their place in the group, and at this time in their career feel there is no need whatsoever to restrict themselves in any way, which means they can be intensely melodic here, touching into death there, pushing symphonic there or being downright metalcore if that is what they wish to do. This a dramatic, soaring album which should see them step up in terms of popularity as there appear to be no limits to what they can do after this. However, Trivium’s popularity and media presence has been up and down over the years for some strange reason, even though their output has been consistently solid and this album allowing them to demonstrate just what a powerful entity they can be.

I only hope this release gains enough popularity for themselves to yet again consider coming to the end of the world as this is a superb piece of work which metalheads need to uncover.