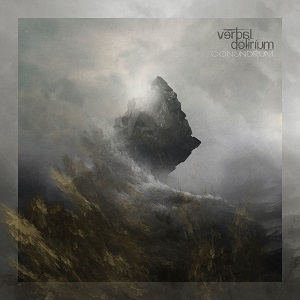 Verbal Delirium is an Athens-based Progressive Rock band whose focal point and the main contributor is John Kosmidis AKA Jargon. The formation of the band started back at the turn of the century when Jargon and his friend bass player Nik Michailidis auditioned for prospective musicians to come on board. It however proved to be a tedious process in looking for the right personnel to fit into their desired musical pattern for executing a progressive and psychedelic, almost vintage rock flavour, from the 60s and 70s.

Jargon and Nik realised that in order to attract interest from the more competent musicians around that they needed to compromise. This simply meant that they needed to expand their musical horizons to include elements of a more, modern progressive sound. So having slightly adjusted their musical direction they found and put together a solid line-up.  In 2007 a demo album titled “The Imprisoned Words of Fear” was finally released. Hence their ambitions to indulge in a musical style of sweeping keyboard arrangements layered with complex chord progressions and sprinklings of jazz elements had come to fruition.  Despite the fact that the album was well-received and subsequently helped finance a series of successful tours. It was the inability to retain a stable line-up that remained a problem, especially the challenge to Jargen’s framework for his desired complex musical direction being somewhat out of sequence with the rest of the progressive rock music industry. Fortunately, the spirit and determination of Jargon’s musical beliefs remained intact and have lived on bolstered with a continuous series of live shows in Greece and Europe allowing the release of a  further 3 albums culminating with the 2022 release of ‘‘Conundrum’’

From a music perspective ‘Conundrum’ is an album, far removed from anything you might expect to hear from a Greek rock band.

The entire affair is full of drama and coated with cinematic aspirations that are delivered with a plethora of wonderfully arranged melodic charms.  There is here a humungous helping of psychedelia injected within the mix with staccato guitar and spooky keyboards coming to the fore. The focal point though has to be the simply delightful vocal contributions from Jargon, he has a superb range delivered with style and much poise. There is definitely a classical 70s feel to the majority of the arrangements with some slight but brief infiltrations into ‘Queen’ territory.

There are many interesting combinations of instrumental encounters with guitar and keyboard incursions galore. Such battles being beautifully executed with a preponderance of cleverly interwoven time changes and shifts in tempo. Generally, the eight tracks are well-balanced with good music throughout and sufficient variation in composition to offset repetition and as such creating a very worthwhile and exciting album worthy of any record collection.