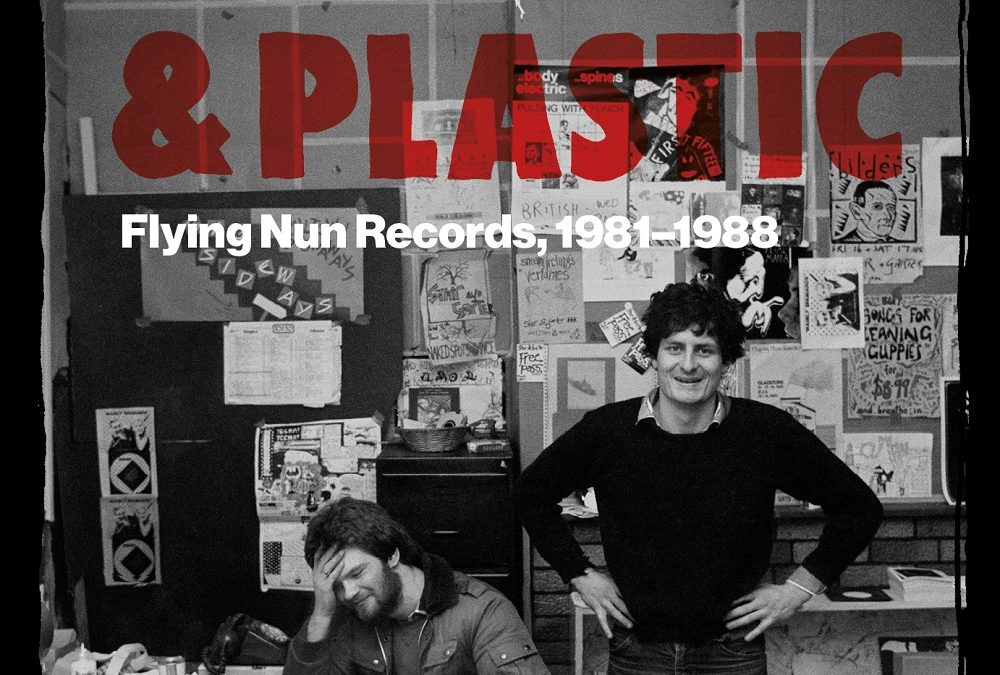 I have been a writer for more than 30 years, have written thousands of reviews and literally millions of words, while a publisher has also seen fit to put out four books and ask when the next ones are coming. Yet having been looking through this I feel totally inadequate, as this is one of the most incredible pieces of work I have ever come across. The concept sounds like a somewhat simple one, use the discography of the label to tell the story of the label itself. Even better, don’t attempt to cover the whole career (the label is of course still very active), just use the first seven years and go from there. The result is a coffee table book which is more than 400 pages in length, packed full of photos and cover art as Matthew proceeds to put the birth of the label and the bands who were involved into context. If I hadn’t read it in the preface, I would have guessed that Matthew was an avid collector of the label as there is material covered which had minimal release runs and would have been scarce at the time, let alone nearly 40 years later.

I received my copy of the book less than a week before I had to write the review, and when I opened it at random, I knew there was just no way I was going to be able to read it in time as this is incredibly dense and packed full. Knowing there was another music nut at work who knew this period better than me I asked him what his favourite band was, and he immediately responded {Headless Chickens}. We delved into the index and was soon going through this tome avidly, reading up on all the different information provided on the band and marvelling how it had been put together. Matthew helpfully provides the references he used at the rear, showing that as well as newspapers, online sources, other books etc., there was also a list of the most invaluable resource there is, fanzines. Today it is easy to find out information on your favourite artist, yet once upon a time there was no internet, and if the band was not popular enough to be included in a newspaper or music rag, then it was down to the diehard fans to print their own A5 nuggets. Today, there is a goldmine of information to be found in those which is just not available anywhere else, yet Matthew has diligently mined them to pull together what is easily the most important and seminal work on the label ever produced.

I have just opened the book at random, and it is page 108 and 109. This is about {Netherworld Dancing Toys} and their 12”, The Trusted Ones. P108 contains three photos of the band detailing who is who, along where each photo is taken from. At the top of P109 there is an image of the cover art and of the label, and then the text provides us with quotes from the band at the time, gleaned from different newspapers. We also discover they were being approached by other labels but turned them down due to the freedom they were getting from Flying Nun, along with details of their Auckland shows, where they played, that they supported {DD Smash} and so much more. The amount of work which has gone into those two pages is hard to comprehend, but the research, writing and proofing must be at least 20 hours which is probably a massive understatement, and if we carry that across the whole book then we are look at 4000 hours at a minimum. Matthew says it took him a decade to bring this book to fruition and given what it contains I am stunned it as quick as that.

Even more amazing is that Matthew came to the label after it had already been going for quite some time, and did so while living in Canada, yet this reads as if he is a Kiwi who was sitting in the offices chatting with Roger Shepherd and making notes right from the very beginning. The very first signing to the label was {The Clean}, who Shepherd had first seen play a few years earlier when they were starting out, and the book commences in 1981 with the iconic single Tally Ho!, ending with 1989’s Bird Dog by {The Verlaines}. In between, we have now-famous names such as {The Chills}, {Straitjacket Fits}, {Tall Dwarfs} and so many more, but this is way more than a discography, even way more than a book on a label, but instead is about what was happening in the music scene in New Zealand back in the Eighties providing context and making the reader feel as if they were there.

While this is easily the most informative and comprehensive book ever written on Flying Nun Records, this is also probably one of the finest and most detailed books ever written on any label, ever. This is going to take me months to properly devour, but I will come out the other side all the better for it and is a book which music addicts worldwide will find an invaluable addition to their collection, it certainly is to mine. When it comes to books on Flying Nun Records then this is the Bible against which all others will be measured.