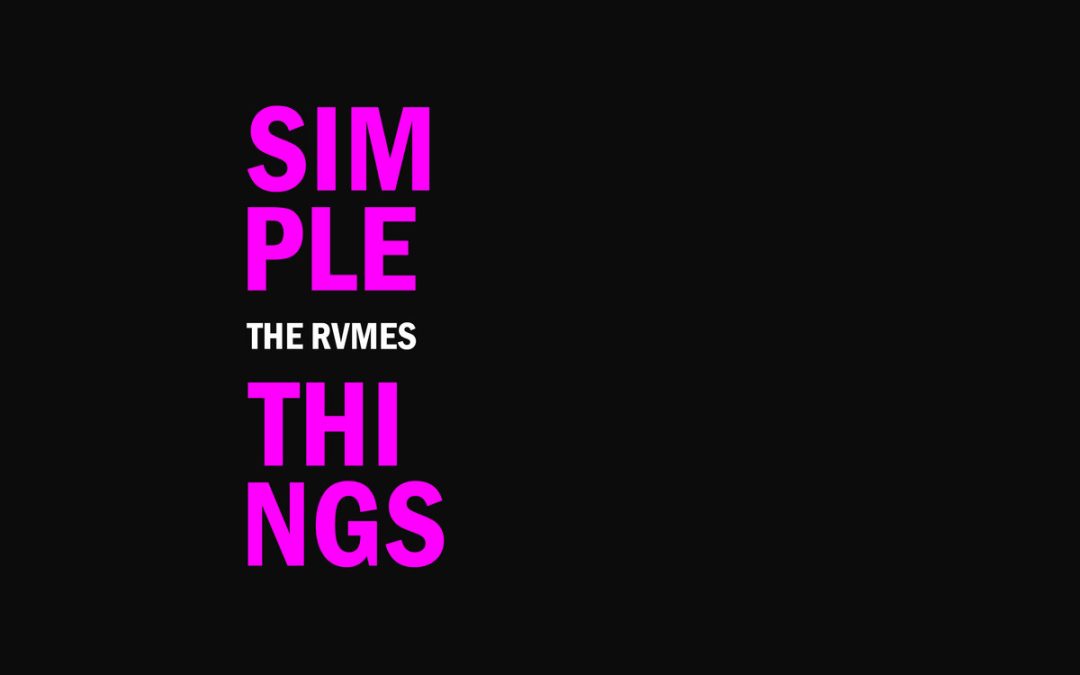 Before I started writing this I went back to my review for the guys’ last album, Lifetime, and part of me thought about copying it pretty much word for word and see if anyone noticed, as I spoke at length as to how many genres they were covering, and we have the same here, possibly more so. Most bands choose a genre, possibly going into a related area as well, and pretty much stay there. There are other bands who refuse to conform to any preconceived ideas of what they should be doing and release albums which are diverse with songs totally unrelated to each other in anyway which then make them unlistenable. Then there are The RVMES (pronounced “rooms”). At the time of recording, it was the same line-up of Edwin Judd (vocals, guitar), Miro Gibson (guitar), drummer Logan Fox and bassist Ronaldo Lima with the album being mixed by Miro although he has since left and been replaced by Richard Moore. What makes these guys such a delight is that each song is a perfectly crafted slice of whatever genre the band want it to be, but often the only thing connecting it to the song before and after are the vocals.

Take for example the opening title cut. When it was reviewed by Darryl on MNZ, he justifiably said it was “2:19 minutes of well-honed punk-rock inspired cleverly written brilliance”, and I certainly agree with that statement. It starts with a drum pattern and then we are into classic late 70’s British style punk with more than a nod to New York and The Ramones. If anyone hears this single and then thinks the whole album is like that is going to be in for quite a shock, as this is the only punk number here. From here on in we are taken on a journey which includes indie, soul, pop, reggae, alternative rock, kitchen sink, cuddly toy… you get the idea. They have a rough and raw commerciality which drags the listener in, so much so that instead of being annoyed or frustrated at how many stylistic shifts they make, instead we greet every new style with a knowing smile. The drums are sharp, ensuring the foundation is always there, while the bass is simply sublime with some wonderful runs, the guitars are often being picked in harmony or being overdriven, and then Edwin’s vocals bring it all together.

The hooks are everywhere, and although I enjoyed this album the first time I listened to it, the more I played it the more there is to discover, as well as marvel at how they can bring in so many different styles and sounds. There may be a simplicity in what they are doing, but the complexity is in how they manage to keep it like that throughout, and there is no doubt that this album is a perfect way to welcome summer.