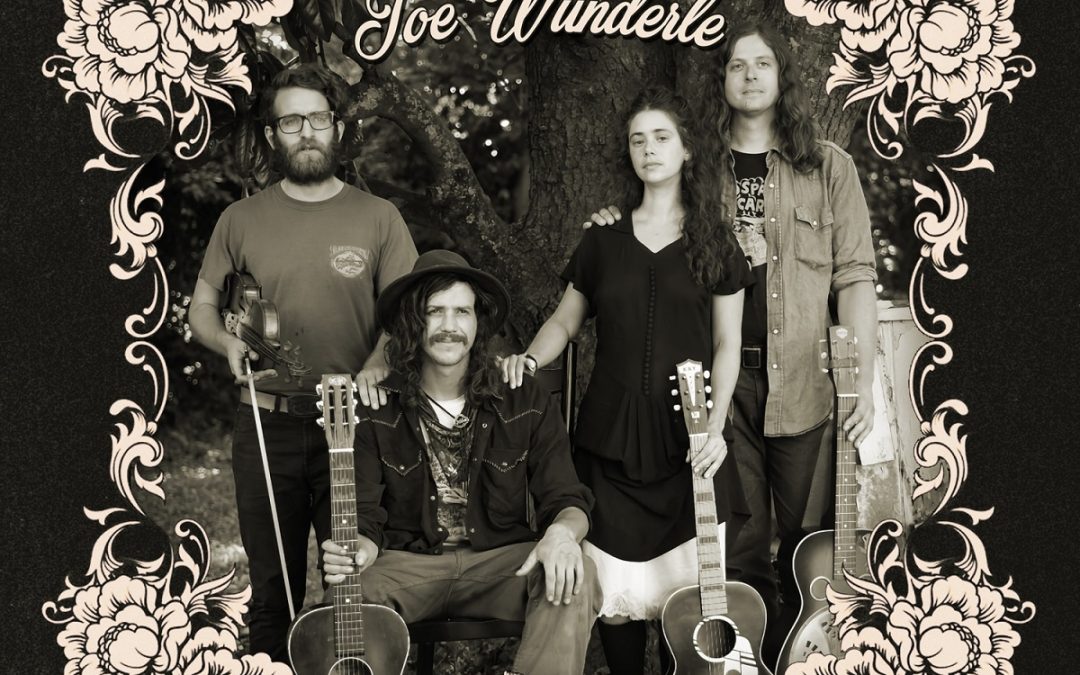 Here we have another album recorded under the magnolia tree in the rear yard of the Anti-Corporate Music/Black Matter Mastering HQ in Nashville, Tennessee, by owner Dan Emery. Tonight, it was the turn of Joe Wunderle, and it is interesting to hear his thoughts on the recording, “It was a hot and muggy night, on the 7th of August 2021, in Nashville, when we came down to record our Magnolia Session. I brought Jane Frazier, Tebb’s Karney, and Joe Macheret to record with me. They are some of my closest friends and favorite musicians to play with. I had slept outside and was traveling most of the summer and had pretty bad poison ivy from scraping and painting a barn that was covered in the stuff. I had also unwillingly taken up feeding mosquitoes as a passive nightly activity. The insects were out in full force that night, so when we got to Tennessee and started playing, I felt pretty damn well at home.”

As always, the cicadas are out in force, providing a wonderful backdrop to the music, which is more laid back than many of those who have sat under the tree. It is also the first time in many years that I have come across yodelling within country, a form pioneered by the likes of Gene Autry and Roy Rogers. Everything about this feels old-fashioned, and if Emery had included some crackles within the mastering one could easily have imagined this had been recorded pre-war as opposed to the present day. Wunderle has an old head on his shoulders, and there is a maudlin sadness within the music, a melancholic approach quite at odds with many of the releases in this series. He covered material from throughout his career, from songs some ten years old to some written recently, all imbibed with the same sense of sadness, often duetting with Jane Fraizer. It is strange to think that in another musical life Joe was bassist in death metal act Embalmer, and can be found playing on their second full-length album, ‘Emanations From The Crypt’, and only left them the year before this was recorded. Here he sounds as if he has been immersed in this genre and nothing else his whole life, as it feels genuine and raw, as he takes us through the world of pain he has lived through.

Yodelling is an acquired taste, and while I find it interesting and clever in moderation, to have a whole album where there is often yodelling taking place is something I find a little hard to comprehend. However, that is down to personal likes and dislikes, and I certainly enjoyed the rest of the music and if anyone wants some incredibly traditional country music in its truest form then this may well be for you.