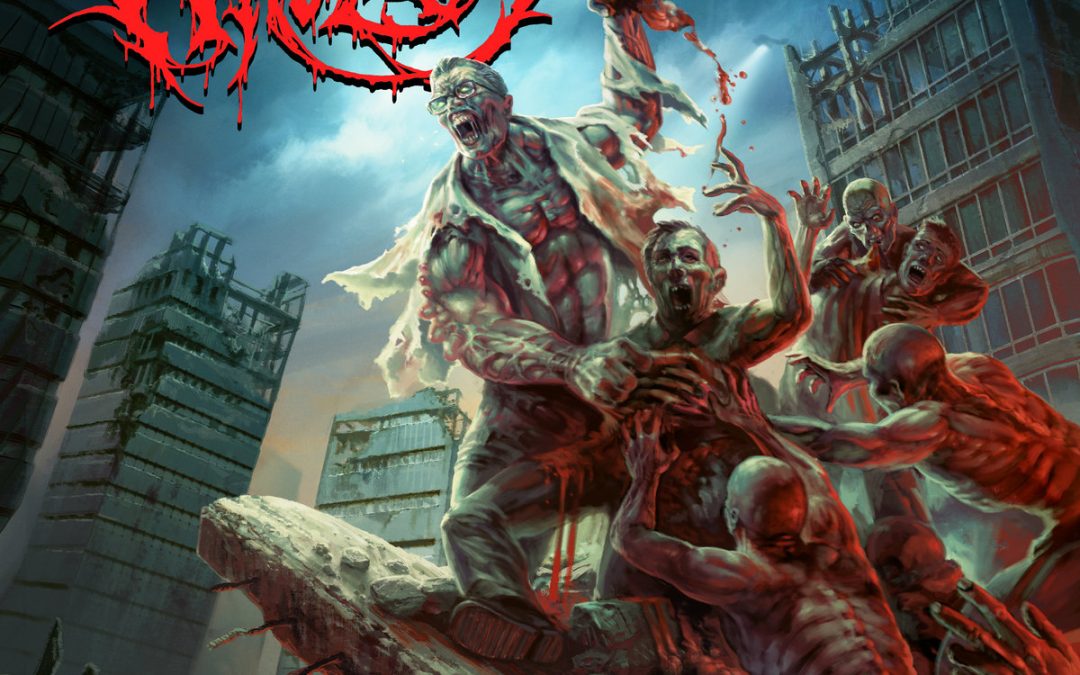 Death metal merchants Pathology are back with their second album since their rebirth in 2018 when drummer and founder Dave Astor brought back singer Obie Flett who had previously been in the band back in 2010, along with new members guitarist Dan Richardson and bassist Ricky Jackson. Now back as a full touring unit, this is their eleventh album overall and they are showing little in ways of slowing down as while they do introduce plenty of contrast here we have a band who are still ripping it up as they have been since 2006’s ‘Surgically Hacked’. Astor may have been the only constant throughout their existence, but unlike some other bands with the genre they have not lost their way but instead are still firmly in the thrall of Florida-style death metal as if it were 30 years earlier.

It does seem somewhat strange to have them as a four-piece as the twin guitar interaction is an important part of their overall sound and there is no way that Dan can do all that on his own in concert, but given they were originally a trio this is something fans have become used to. The vocals are brutal, the guitars solid, but while there is a lot going on in the drums the production means they have not come through as solidly as I would have liked, which is a real shame as it does mean that at times the sound is a little lopsided, something I am sure would be quite different when being played live. Overall, this is a nice album which fans of death metal would do well to discover.