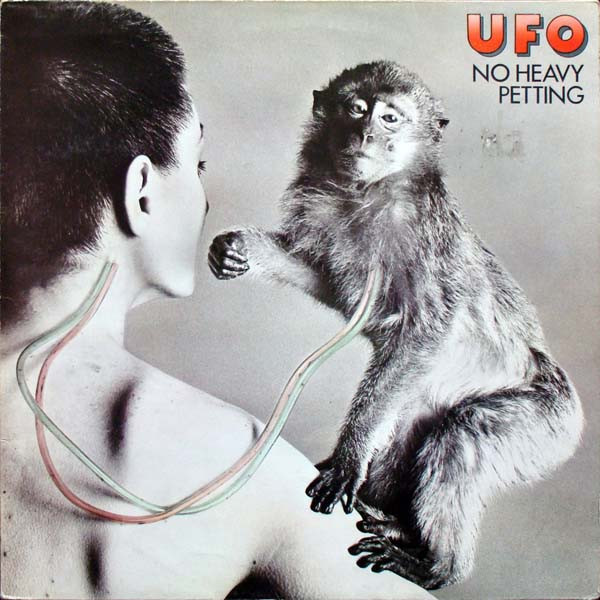 Unless you were a teenager in the UK in the mid to late Seventies I don’t think it is possible to understand just how important UFO were to the hard rock scene. These days many metalheads don’t even know who they are, yet Steve Harris has never forgotten that Pete Way was his hero and the last track played before Iron Maiden steps onto the stage is still ‘Doctor Doctor”. I got into the band quite early, and while I enjoy the first two albums, they were very different to the series which followed, namely ‘Phenomenon’, ‘Force It’, ‘No Heavy Petting’ and ‘Lights Out’ which were all then heavily featured on what is rightly recognised as one of the very greatest live albums of all time, ‘Strangers In The Night’. This album marked a progression for the band as for the first time they became a quintet with the addition of keyboard player Danny Peyronel alongside four of what became the classic line-up, Phil Mogg (vocals), Andy Parker (drums), Pete Way (bass) and Michael Schenker (guitar). Peyronel only featured on this one album and was replaced by ex-Savoy Brown keyboard player and guitarist Paul Raymond which allowed the band to have both keyboards and more guitar when playing live.

This album is a massively expanded 2CD/3LP set, with five bonus tracks (one previously unreleased), a poster booklet, and features the Roundhouse 1976 live set. It includes two songs which have become staples in the band’s set, namely “Natural Thing” and “I’m A Loser”, which are the first two tracks. Anyone coming to this album after hearing ‘Strangers’ may expect to recognise more songs from this album given it was not that old when they were touring in 1978, but they were the only ones which make it. UFO were/are one of those bands where they record really good studio albums, but none of them are really essential, yet when they play them in concert they are transformed. This means that in many ways the bonus concert disc may well be of more interest to many, seeing as how it includes not only the likes of “Doctor Doctor”, but “Shoot Shoot”, “This Kid’s”, “Rock Bottom” and many other classics. I note this is from Chrysalis, a label I thought had long disappeared, so I can only hope this means we are going to hear many more releases like this which have been expanded and provides a look best into the past and some of our major bands.