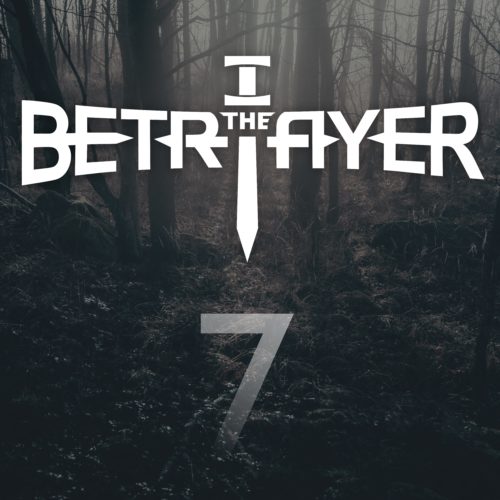 Norwegian band I, THE BETRAYER is a new band operating out of Oslo. They were formed in 2014, and cites bands such as Metallica, Rage Against the Machine and Machine Head as influential artists. “7” is their debut EP and is set to be released in June 2017 through Darkspawn Records, a fledgling enterprise I suspect is the band’s own judging from the links on that label’s Twitter page.

On this rather long EP, clocking in at a bit over half an hour, what we’re treated to is a solid slice of what I’d describe as an updated take on 90’s heavy metal. The songs are short and concise for the most part, although the band showcase the ability to craft material of a more sophisticated general nature as well on the two tracks that stretch over the 6 minute mark.

Guitar driven heavy metal is the name of the game here, with dark, firm and slightly grimy guitar riffs leading the way, with a steady rhythm section backing and clear, controlled lead vocals soaring on top. With occasional dips into a raspier, extreme metal inspired vocal style here and there. The longer tracks alternate between gentler, ballad-oriented passages and the dark metal groove that is the key foundation of this band’s overall style.

Grunge and alternative metal are key words I guess, with a slight tendency to approach the slower paced excursions of a band like Metallica I guess. Some details adhering to their brand of thrash metal can arguably be found, although rarely if ever as a dominating aspect. Heavy metal is the key word here, and then of a grunge and alternative oriented flavor at that. In some ways I feel like I, the Betrayer comes across as a darker, grimier and more sophisticated relative of another Norwegian band actually, namely El Caco. If that reference means anything to many people outside of Norway is probably a topic that can be discussed, but those familiar with that band should pick some cues from that association presumably.

I, the Betrayer have made themselves a solid debut EP with “7”. One might perhaps find that the material to be a bit too similar at times, but as long as the songs are compelling that is a minor issue. My opinion is that those who tend to like the darker-toned variety of bands generally described within a grunge or alternative metal context should feel right at home with this EP.