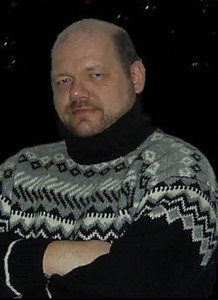 Olav is the incidental reviewer for the House of Prog. Not incidental by choice, as he would have loved to contribute more to the station, but due to the demands of life.

Outside of a regular daytime job with plenty of evening meetings to go with it, an understanding wife and two children, he’s also occupied as one of the main reviewers for the website www.progressor.net. He has committed himself to deliver 100 reviews there each year, which does take up a great deal of his spare time. He also does some work over at the Progarchives website, and for the past couple of years he’s lent a helping hand to the press releases department for the Rites of Spring Festival. Outside of music he’s also a board member of a relatively large apartment cooperation.

But whenever he finds the time, he’ll write a review for the House of Prog. Most often covering promo material sent to him that isn’t suitable to cover at the progressor website, but if an artist or label asks nicely and has a lot of patience he can take on the occasional assignment specifically for House of Prog.

Musically he grew up alongside the NWOBHM and followed thrash from it’s inception into becoming more of a mainstream style of music. Metal ruled, although occasionally he found material of another variety alluring too. The likes of Camel, Rush and Hawkwind the eye-openers for a different musical universe altogether. Following a now 7 year long stint as a reviewer for various websites, covering more than 1000 albums, eps and DVDs, his taste has become rather varied. He is perhaps a tad more critical than your average reviewer, and is known to produce elongated write-ups totally unsuitable for promotional purposes. More often than not fairly detailed and analytical in style.

If the opportunity some day should come, he’d like to make a living somewhere in the music business.