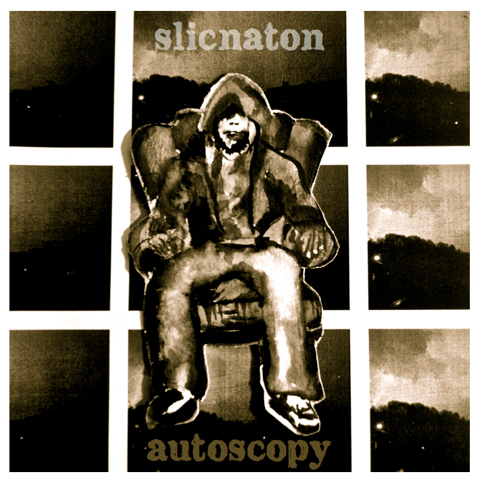 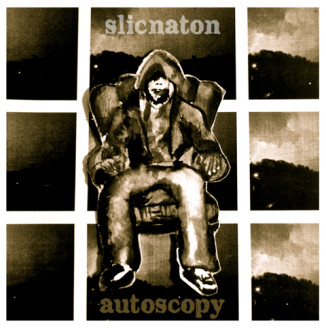 US project SLICNATON is the creative vehicle of US composer and musician Nicholas Slaton, a venture that was started back in 2006 from what I understand. From the little information I’ve been able to find about this project an initial EP was released back in 2008, but other than that nothing more until this production – “Autoscopy” – from 2014, which was released through US label Silber Records.

Drones is the name of the game for this production, and fairly minimalistic ones at that. This long EP / short album contains six of them, all of them different but all of them also sharing the trait of being fairly minimalistic in nature. Fairly slow paced excursions, typically dual layered from what I can hear, with careful layered fluctuations the key element and subtly, careful surges as the main alternate effects added to the proceedings.

This landscape is explored in a dark, metallic machine like unnerving atmosphere (Watcher), a lighter toned one with more of a subtle folk-tinged drone (Maartechen), a sickly, funeral like organ and accordion blend (Doppelganger), a delicate light and toned excursion with subtly more of a cosmic tinge to it (Astral), a stark and borderline unpleasant light toned metallic constellation (Heautos) and at last in an electronics sounding, dampened epilogue with cosmic sounding details (Repossession).

The opening two pieces are the ones that impressed me most, both of them containing qualities that made them just a bit more interesting than the other by way of an unnerving presence and a more dramatic arrangement respectively, the word dramatic being one to be understood as within this context rather than in general admittedly. The other excursions just doesn’t manage to maintain a distinct and interesting enough presence for me personally, although those with a passion for drones and a general interest in bleak, depressive atmospheres should find their needs well catered for also on the remaining part of this production presumably.

As I don’t really know how large nor how widespread the interest in instrumental drone is, exactly pinpointing a particular audience among those who find material of this nature to be interesting is a task somewhat beyond me. In general I’d suggest those fond of minimalistic, bleak and unnerving instrumental drones to have a go at this one though, as I would think most people who may recognize themselves within such a description should find this production to be a compelling one.