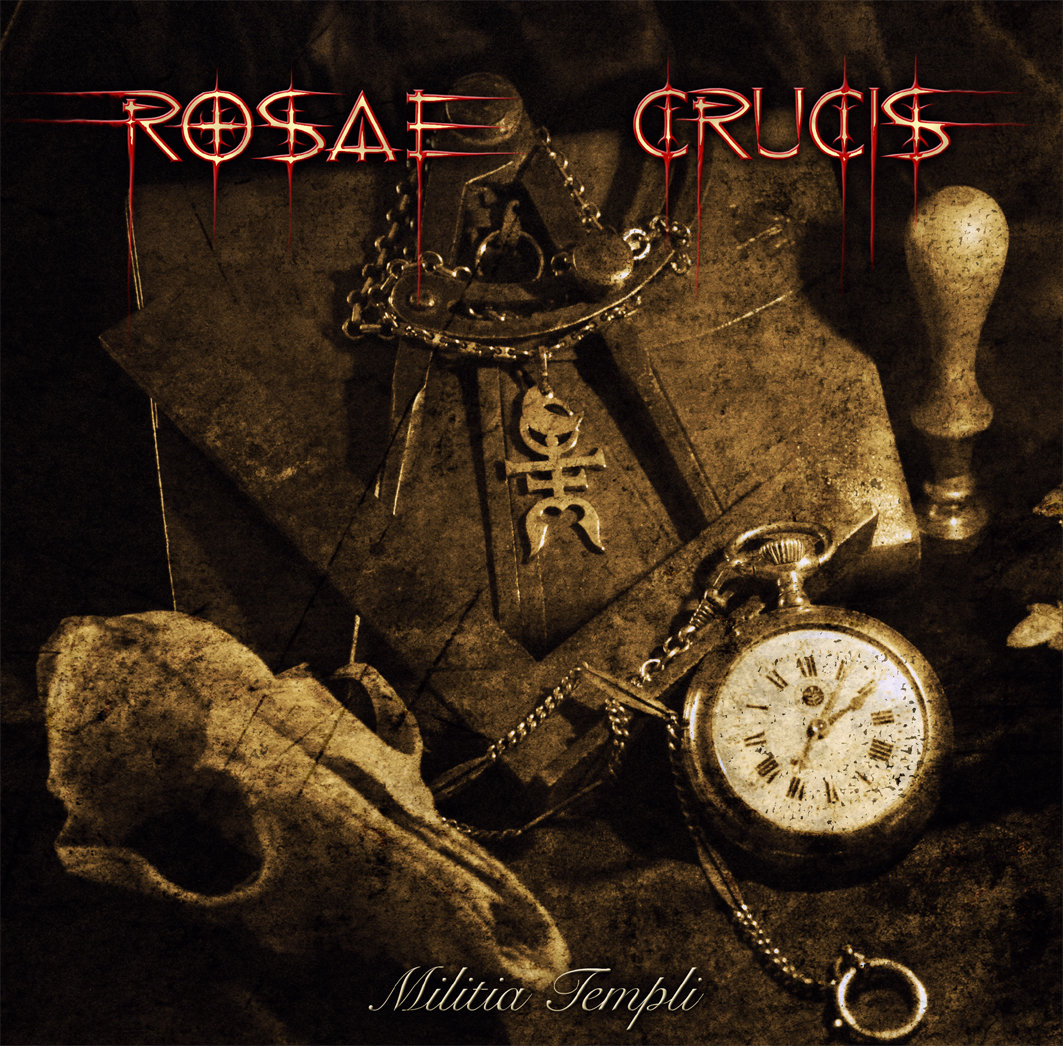 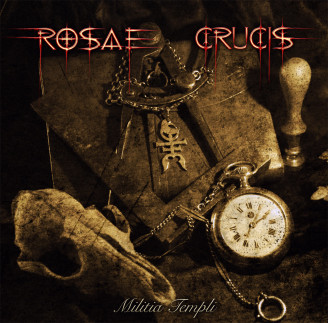 Italian band ROSAE CRUCIS have been around for a quarter of a century at this point, with four full length albums to their name at this point, the most recent of these being “Massoneria” from 2014. In the fall of 2014 they released the vinyl single “Militia Templi” through Italian label Jolly Roger Records, featuring two songs from the latter. I understand that both of the songs on this single are unfinished in terms of mix and production, and that the single itself was released in a limited, hand numbered edition.

The A side track Militia Templi comes across as the stronger of the two, alternating between majestic heavy metal mid 80’s style and excursions into pacier and more power metal oriented landscapes, with a token few thrash metal riff barrages thrown into the mix for good measure. The main riffs are compelling, the use of harmony style guitar solo runs too, and while the somewhat theatrical Italian language lead vocals may be something of an acquired test they function quite nicely in this general setting. Thumbs up also for the majestic, atmospheric laden backing vocals, although the vocal and church bell end sequence wasn’t quite my thing, at least not in this mix.

B side track Fama et Confessio Fraternitatis is a somewhat different kettle of fish, a much more traditional mid 80’s heavy metal affair, again with compelling riffs and good use of harmony guitar solo runs, but to my ears at least not to the extent of really making a massive impression. Those who love majestic 80’s heavy metal will appreciate the qualities of this one though, as it is an enjoyable one.

As the physical edition of this production is a limited one, and the single itself sports unfinished versions of songs, this is a production I presume will mainly be of interest to existing fans. Those curious about the qualities of this band might opt to go for the digital version of this single of course, although I suspect most will find it more interesting to listen to the same tracks in their finished version on the band’s 2014 album “Massoneria”.