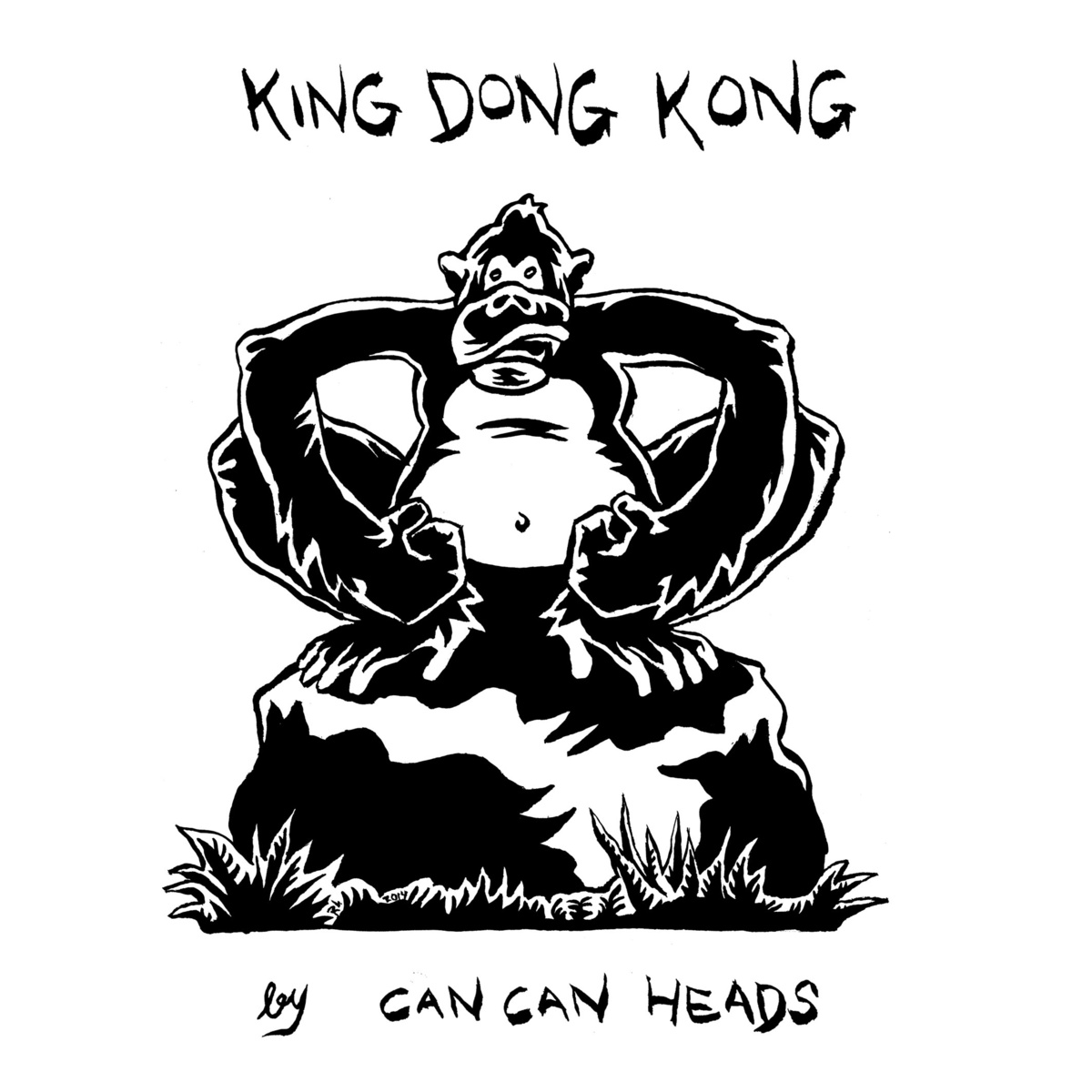 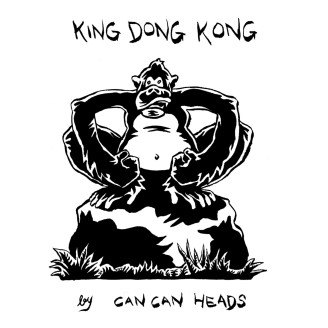 Finnish ensemble CAN CAN HEADS has been an ongoing and obscure feature of their native rock scene in Finland for more than 20 years, with a long list of releases on cassette, CD-R, vinyl LP and just about any format you can get at over the years through a plethora of different labels. “King Dong Kong” was released by US label Silber Records towards the end of 2014 as a part of their ongoing 5-in-5 conceptual range of EPs, where the concept is to create a 5 minute long EP with a total of 5 compositions.

Can Can Heads have chosen to take on this task by creating three tracks, and separating them with two very brief fillers. The main tracks consist of a hammering guitar and saxophone creation, opening wildly and going towards silence, in a kind of proto-punk meets Hawkwind and a truckload of acid kind of way, the second has more of a Victorian era industrial rock feel about it – listen to it and you’ll understand – a fitting sound snippet for a steampunk movie in my book. They conclude this EP with another proto-punk oriented affair, again invoking associations towards early 70’s Hawkwind at their most intense, again with a feel that a lot more acid may have been at hand than Hawkwind ever managed to indulge in.

The 5 minutes of music here is rough, lo-fi and fairly intense, and appears to be escapades that should appeal to those equally fond of primal punk made on a DIY approach and early 70’s Hawkwind. I would guess that being in a state of expanded consciousness perhaps might make the total experience more worthwhile as well.