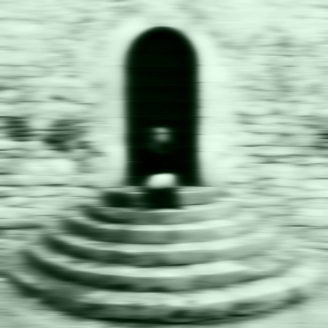 Italian project FIRETAIL was formed back in 2013, and is the creative vehicle of composer and musician Andrea Vascellari. The EP “Little Droner Boy” dates back to December 2014, and was released through US label Silber Records.

Artists pursuing music of a less than conventional manner is something of a staple for the artists associated with US label Silber Records, and Firetail is no exception in that respect. This is experimental and at times fairly demanding material, in this case with one track clocking in at just over 16 minutes as the sole content of this production. And while the title does indicate that this may be an alternate version of the classic song Little Drummer Boy, I suspect most will have severe problems to establish whether or not that is the actual case here.

This musical journey opens with careful gliding ambient sound textures and layers of voice-like effects combining into a majestic, angelic arrangement, then subtly shifting towards a more instrumental oriented cosmic affair, with darker drones and percussion details replacing the initial voice effects. A hard and firm but distant drum pattern appears just before the halfway stage, initially an almost dominating presence but then lessening increasingly more in stature as loud drones and returning voice effects takes over the dominant spots, developing towards a massive, majestic angelic crescendo, subsequently fading in intensity towards silence in the last minute or so of this excursion. Some machine-like light toned, metallic sounds also adds to the intensity from just after the halfway spot, further increasing the intensity of this atmospheric laden journey. A demanding but also rewarding excursion into landscapes that are cosmic, otherworldly but also rather sacral in mood and mode both.

Those with an interest in creations of an ambient experimental nature might want to give this EP a spin at some point, especially those who tends to be fascinated by soundscapes that incorporate elements that feature both sacral and cosmic elements. A challenging but rewarding creation as far as I’m concerned, and most certainly an unpredictable one.