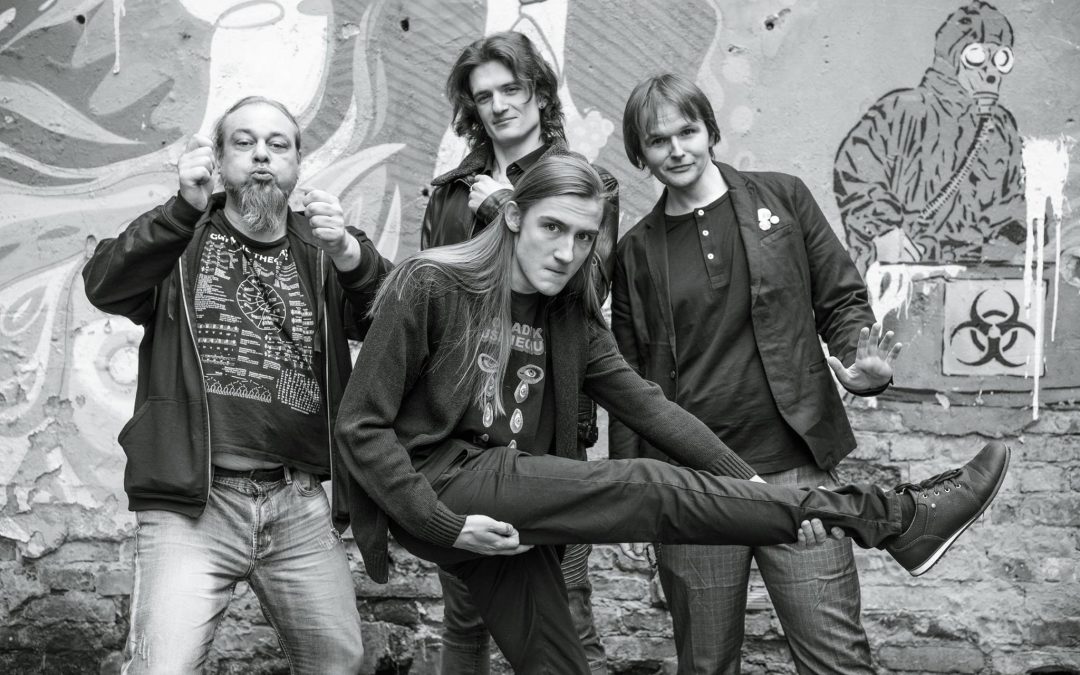 The critically acclaimed debut album of Polish progressive rock band Pinn Dropp is out on CD this week – on January 18th 2019. The album was initially released digitally in December 2018 on Bandcamp and various streaming applications such as: Spotify, iTunes, Google Play or Deezer. Since December 22nd 2018 the album in CD format was available as a pre-order on the band’s label Music and More Records online shop.

Altough the album was digitally released at the end of 2018, it has already been considered as one of the best progressive rock release of 2018 (no 2 on Top 20 prog albums of 2018 compiled by progarchives.com collaborator Uwe Zickel and one of the best release according to La Filière Progressive).

„PINN DROPP are providing rock songs with finesse and profoundness, quite a revelation for a prog aficionado who is keen on exploring modern heavy progressive stuff. Clever song writing, highly melodic. Anyway, ‘Perfectly Flawed’ is a well thought out sound collection with nearly 80 minutes running time. Entertaining all the way through, without exception. Arranged both with complexity and super catchiness. Perfectly balanced due to a proper blend of rocking parts as well as restrained moments featuring prospering acoustic guitars and piano lines. Since the Riverside lift-off I have noticed a lot of promising heavy prog bands hailing from Poland. PINN DROPP definitely are capable of taking the lead, if they will continue in this way. Perfect? Yes! Flawed? No! Perfectly Flawed? … maybe. Time will tell, and you will decide. Do not miss that!”

Pinn Dropp started as a concept created by guitarist and composer Piotr Sym who wanted to find a musical outlet to express his love of progressive music. After intensive period o writing, in 2015 Piotr teamed up with drummer and producer Dariusz Piwowarczyk who helped him to create the definite shape of the Pinn Dropp sound. The duo was joined by multinstrumentalist and vocalist Mateusz Jagiełło and in December 2017 the band released their debut PD/EP „Re: verse, Re: treat, Re: unite”. This digitally only released minialbum was recieved well by fans and critics of progressive rock worldwide.

At the beginning of 2018, full time bass player Paweł Woliński joined the band and the augmented lineup began recording their first full length album entitled „Perfectly Flawed”. It features seven tracks and seventy minutes of music including tracks previously released on PD/EP „Re: verse, Re: treat, Re: unite”, albeit in a remixed and partially re-recorded form. The digital release contains a bonus track, „Human Corporate Machine” released as a single in September 2018.