The Chocolate Watchband: This Is My Voice (2019) 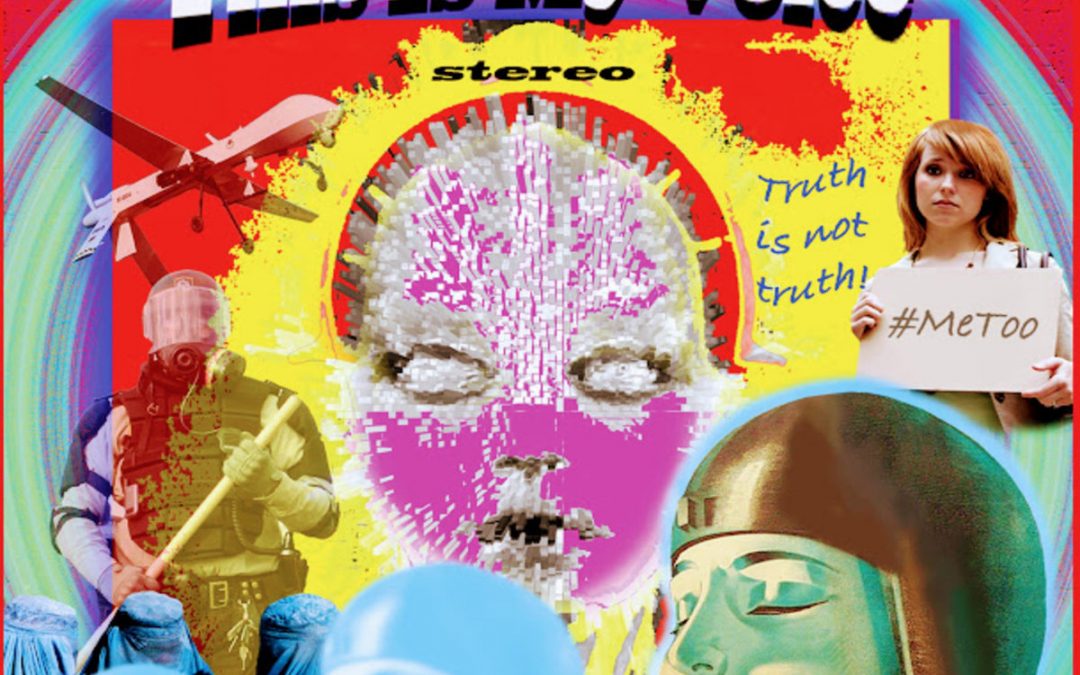 Get the album and play it while reading the multiple pages of history on their website, and I can guarantee you will be transported back to another time and place. It is the mid/late Sixties again, and The Chocolate Watchband are in town. This is a band, for example, who knew they were playing a gig with The Seeds on the Saturday, so bought their new album on the Thursday to see what the competition was like, and then decided to play the whole thing two days later in their own style, just to upset them! This is a brand-new album, by a band which now includes singer David Aguilar (66-67, 99 onwards), guitarist Tim Abbott (67, 99 onwards), drummer Gary Andrijasevich (66-69, 99 onwards) plus second generation fans, guitarist Derek See and bassist Alec Palao (Grammy-nominated producer/ historian), bring their enthusiasm and love for the music to the table to help weave THE sound which both faithfully recreates the sonic energy and tone of the original recordings, as well as giving a rare edge to new material that is a logical progression to the bands legacy.

The album starts with a clip of Donald Trump speaking, and from there on in we are taken back to the counterculture garage band movement, and some of the original punks. It sounds as if it was recorded more than fifty years ago, and it is hard to understand that it is a new album and that Aguilar has led a rather different career path since he first left the band, as he ended up as a professor of astronomy in Colorado and past Director of Science Information and Public Outreach at the Harvard-Smithsonian Center for Astrophysics in Cambridge, MA! I don’t know what he is like in that field, but in this one he sounds eighteen again, with loads of anger and venom against the world, rebelling against whatever this to rebel against. This is psychedelic, garage pure rock and roll with balls. If ever an album revels in being played loudly, really loudly, then it is this one. It is aggressive, but also incredibly melodic, energetic, but restrained. I would love to have seen the band back in their heyday, as if they sound like this now what on earth were they like when they were fighting the system?

Some people may want to get this as it is by such a well-known name from the early days of American punk, others may want to get it as it is such a psychedelic garage blast. It doesn’t really matter why you get it, just grab it as your ears will be forever in your debt.