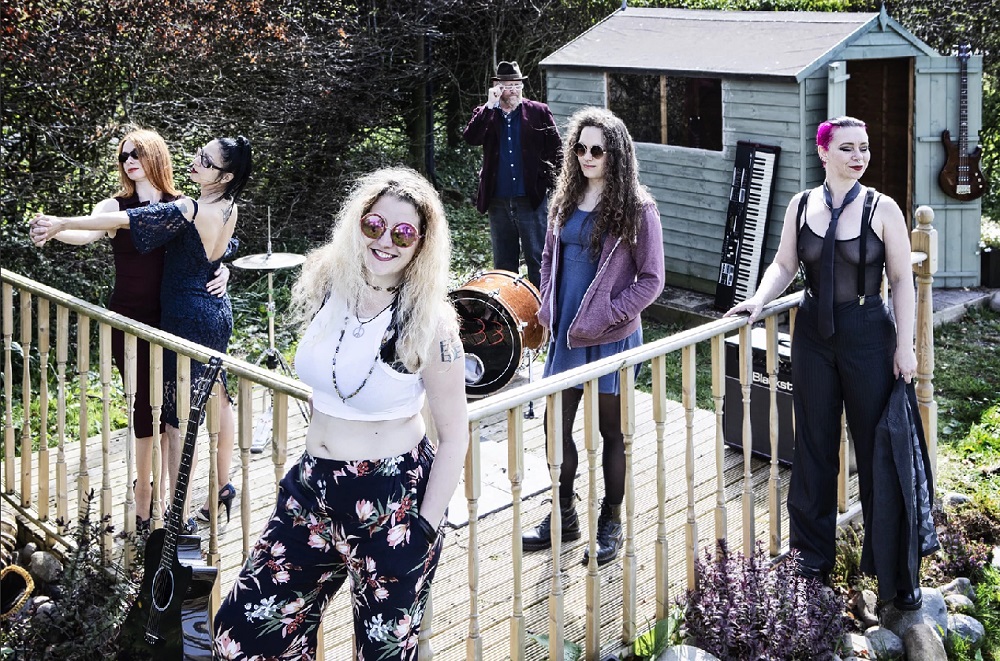 Ebb are a 6-piece, genre-defying group of musicians who live within a pagan art collective. Coming from very different social and political backgrounds, they play an eclectic blend of music styles, resulting in prog-rock… sort of. Formed initially in 2013 as a backing band for the award-winning singer/songwriter Erin Bennett, the group released two albums with Bennett as a solo-artist (ReFlowered (2016) / Post Sexy Post Truth (2018).) Both releases were positively received by UK music press and included a UK-wide tour, several dates supporting Hawkwind as well as a handful of shows in The Netherlands. In late 2018, however, Bennett decided to cease performing as a solo-artist and officially re-branded with the same musicians to form Ebb.

In late 2018, the group began work on what will be their debut EP: ‘Death & The Maiden.’ Marking an obvious change in musical direction, the 6-track record, released on Boudicca Records showcases the band’s musical virtuosity as well as Erin’s continually evolving songwriting skill. Once described as being: ‘the bastard daughter of King Crimson and Heart,’ Ebb cite both those artists as well as bands such as Hawkwind, Tool and Rush as being among their influences.

‘Death & The Maiden’ is a concept album and a perfectly selected sample of songs from Ebb’s greater conceptual live show. ‘D&M’ describes the arc of a life struggling with conflicting mental states and, ultimately, resolves into an almost ‘enlightened’ sense of self-awareness. Featuring the nostalgic tones of Hammond and Mellotron, the band have taken a classic approach on the record. Recorded at Boudicca Records’ Lodge Studios and mastered by Ed Woods (The Who, The Proclaimers, Idlewild) ‘Death & The Maiden’ is a promising release by a group who have made it their mission to bring something fresh to the live music scene, which seems increasingly lost in a sea of safe ubiquity.

‘Death & The Maiden’ is due for digital release on August 1st 2019. It will be available on CD and on a special edition thumb drive at a later stage (release date TBA.) The EP is being supported by a tour throughout the UK with a European tour to be announced later in 2019. 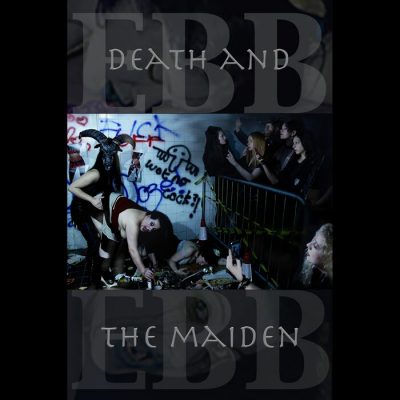 ‘The performances from the whole group are enchanting, the general standard of the songs are persistently top notch and never boring, and the writing is among the most blunt, honest and mesmerizing of the entire year.’
– Small Music Scene

‘Not for the faint hearted’
– Planet Rock Magazine

‘[EBB] may well be a name that becomes a whole lot more familiar before very long.’
– Power Play Magazine