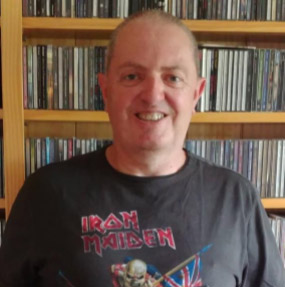 Kev has been writing about progressive music for more than a quarter of a century. Between 1990 – 2006 he ran Feedback Fanzine in the UK, writing about bands that were never covered in the mainstream press, many of whom were in the progressive underground. He built close ties with many of the British groups in particular, including writing the newsletter for Freewill, getting gigs for Credo and writing the introduction to Galahad’s OCMDII compilation. After reviewing thousands of cassettes and then CDs from bands from throughout the world, he stopped running Feedback when he moved to New Zealand in 2006. He had produced over 80 editions with more than 11,000 pages of print and heaven knows how many reviews and interviews. Although he attempted to stop writing and reviewing when he came over to New Zealand, he was gradually brought back into the scene (initially kicking and screaming), and started contributing to many different sites and magazines. He wrote the booklets for the Red Jasper reissues, and generally tried to be as involved in the scene as he was previously, until he stopped to work on a book containing all of his progressive reviews and interviews from Feedback. This is being published in three volumes by Gonzo Media. Kev sees himself as a volume reviewer, and 2018 will see him complete well in excess of 800 reviews as he frantically tries to catch up with everything he has been sent! But, he says he is always looking for new bands to promote!