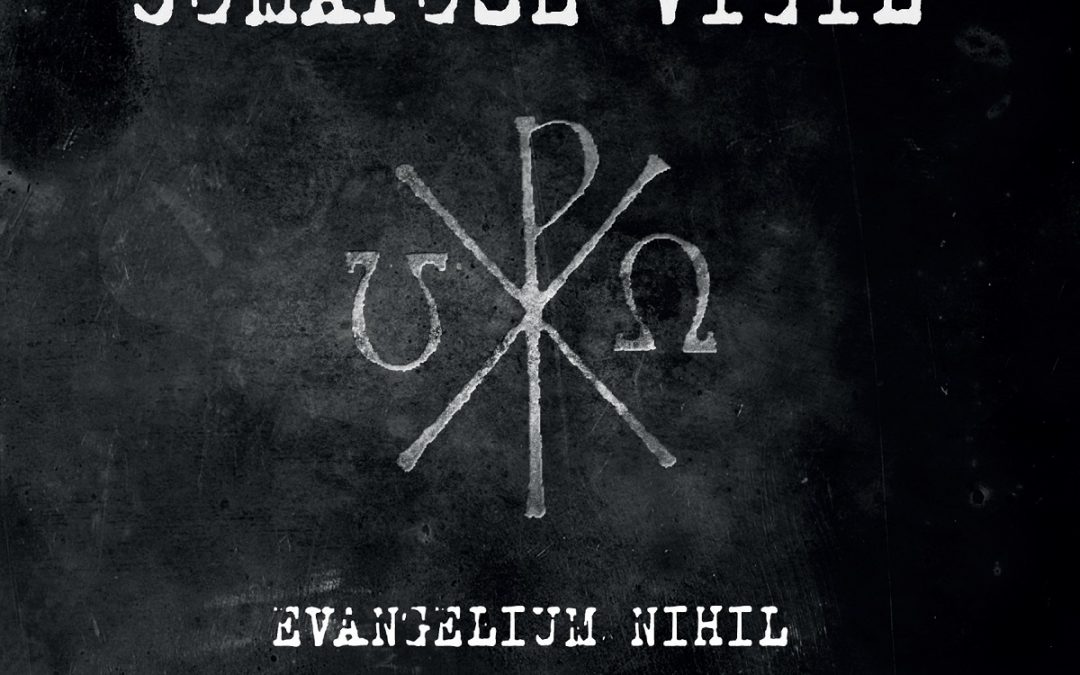 Multinational band COMATOSE VIGIL A.K. was originally a Russian band named Comatose Vigil. That band folded in 2016, but was resurrected as an international entity in 2018 under this slightly revamped moniker. “Evangelium Nihil” is their first album under this new name, and was released through Dutch label Non-Serviam Records at the end of 2018.

It doesn’t take all that long to hear that this is a metal band, and a band that explores something of a niche within metal at that. Molasses paced doom metal is the name of the game here, at a pace that makes a band like Candlemass appear like a speed metal band in comparison.

Like many bands that opts for a slower pace to their material, the compositions here cannot be regarded as songs in a typical manner. These aren’t creations that takes us on journeys with a defined starting point and conclusion as such, but more like constructions that are slowly built, focusing in on the finer details along the way, and then slowly leaving the construction behind and preparing for the next detailed inspection.

On this album all four compositions are elongated affairs, all of the clocking in at more than 15 minutes in length, and all of them use pretty much the same or similar elements. A very uniform album on all levels, and not a production to seek out if change and variety are elements deemed important.

Monumental constructions is what we are served here, with slow, pounding majestic guitar riffs, a solid slow paced thundering rhythm section and dark, growl like vocals that often will take on a talk-like mode of delivery. Contrasting these elements are light toned keyboard arrangements, often with an orchestral or nervous tinge to them, and fairly often with something of a cosmic vibe to them as well, at least when given a more dominant role. Furthermore, distant voice effects are also used to add depth, variation and to build atmosphere.

Adding variation and maintaining tension come by way of subtle tone alterations, slight variations in intensity, guitar effect noises applied on occasional basis, careful use of riffs with a bit more of an impact edge given to them and a few other minor and mainly subtle variations. Slowdown interludes is also applied for variation as well as guiding the listener onto a new and subtly different arrangement than the one left behind.

This is a really well made album on all levels, but is also most certainly a type of music that will have a defined and somewhat limited reach. Monumental, majestic, slow paced doom metal with some Gothic and extreme metal details, relying on minor variations and subtle alterations to maintain tension and interest. But also an album well worth seeking out if this description strikes you as appealing.