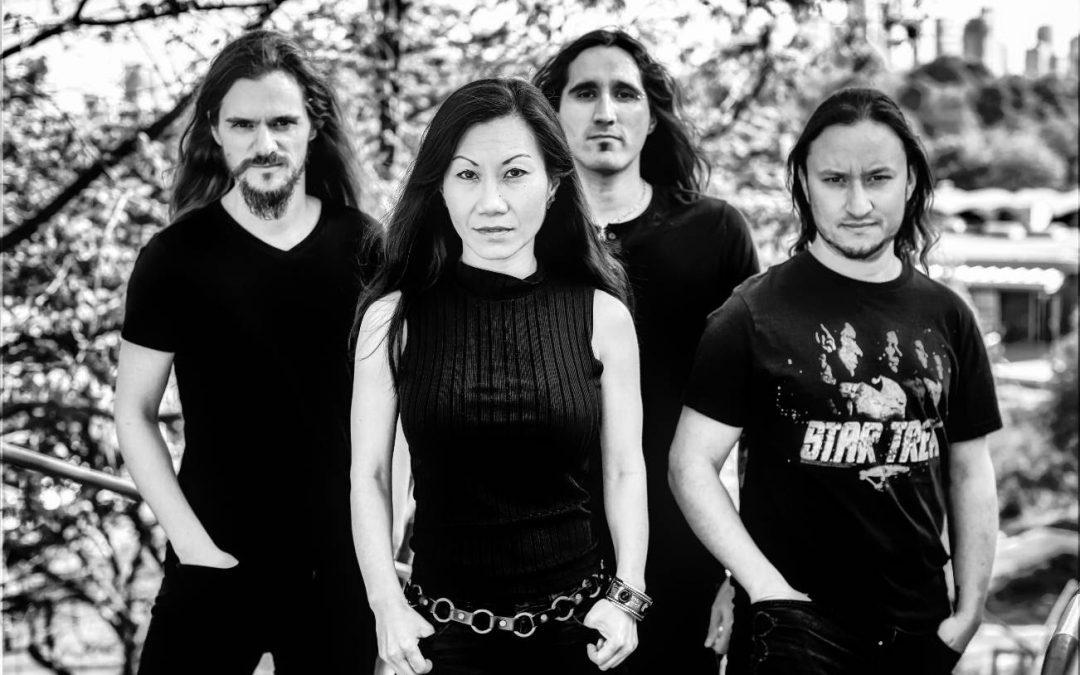 Celebrating 10 years of performing and recording their melodic prog rock since first forming in Ottawa, ON in 2009 to later re-locate permanently to Toronto, ON, THE SLYDE are proud to announce their ’10 Years And Counting Tour’ (dates listed below). During their 10 year career, THE SLYDE has recorded and released two albums ‘Awakening’ (2018) and ‘Feed The Machine’ (2011) along with four EPS, ‘Back Again’ (2017), ‘New World Sympathy’ (2012), ‘The Slyde II’ (2010) and ‘The Slyde I’ (2009). The band has also played nearly 200 shows on the Eastern Canadian circuit, sharing the stage with such bands as Protest The Hero, Down With Webster, Angra, Pain of Salvation, F*ck The Facts, Dana Fuchs, and Timber Timbre among others, and have made past appearances at Ottawa Bluesfest, Canadian Music Week, IndieWeek, and Cornwall Lift-Off. Before they hit the road for the Ontario tour during September, THE SLYDE will be performing on August 2nd at Wacken Open Air in Germany, a festival with an attendance of over 80,000. The band is performing at the festival after winning the 2019 Wacken Metal Battle Canada competition and being selected to represent their home country at the Wacken Metal Battle international final.

The band comments:
“We are pleased that we made it 10 years doing what we love to do. And it couldn’t be better, in terms of timing, that we are chosen as the Canadian reps for the Wacken Metal Battle international final – which we are beyond stoked for. For the tour, we’ll be doing some songs we haven’t played in years, and we hope to see some longtime fans in attendance. And after the tour, we’ll be hitting the studio to release something special for our 10 year anniversary, so look out for that come Christmas time. Here’s to another 10 years!”

THE SLYDE is driven by Nathan Da Silva’s elegant vocals and passionate guitar work, Sarah Westbrook’s powering keyboard skills, and the powerful rhythm section of bassist Alberto Campuzano and drummer Andrew Suarez (with long-time drummer/songwriter Brendan Soares), the band are to catch the ears of any technically minded melodic prog rock and metal fans of bands such as Rush, Dream Theater, Haken, Coheed and Cambria, and Megadeth. 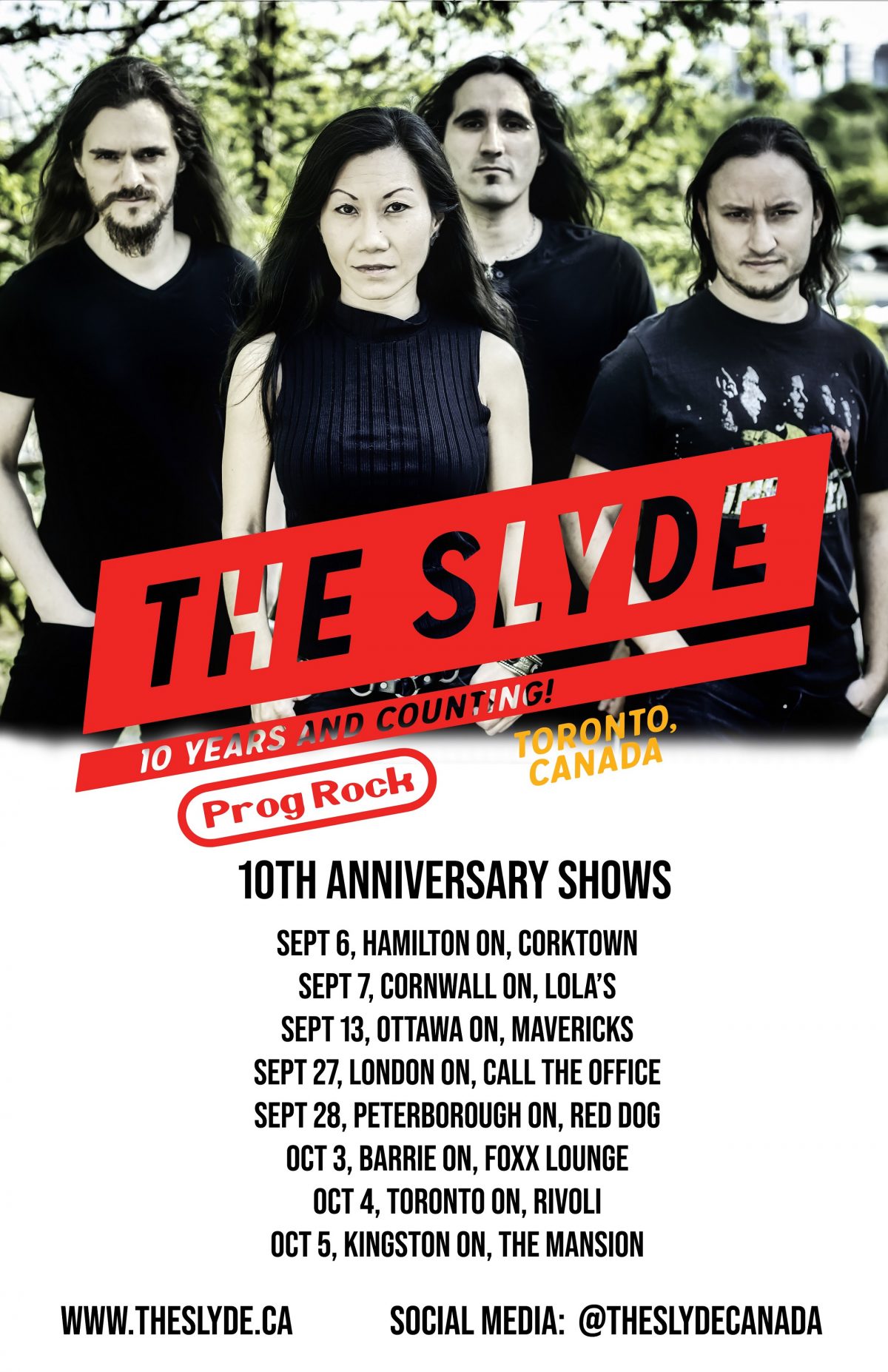 “Vigorous and passionate, these players shine brightly, each contributing dynamic passages as witnessed in “Walk With Me”, “Fading”, and “Divide”. ”
– Bravewords.com

“The Slyde have written a full-length rock record that is retro yet contemporary, edgy yet smooth. There are plenty of dynamics while staying high-energy and never boring or overwrought. Well-balanced and entertaining, these songs are progressive but not pretentious. Have a listen then tell your friends! ”
– Progressive Music Planet

“If you’re looking for a familiar prog-rock band in the stylings of Rush, Dream Theater, Coheed and Cambria, and even a bit of Protest the Hero with a new-age twist, look no further and grab the album today ”
– Canadian Beats

“…an impressive step forward/return to form for these Canadian bright-eyed musicians and stands to solidify their name as one of the more promising ventures in the increasingly prolific progressive metal scene.”
– Heavy Blog is Heavy, on the ‘Back Again’ EP

“Not just an epic heavy prog-fest, The Slyde have delivered an intelligent and compelling 4-track EP that hints at much promise to come from this Canadian four piece.”
– ProgRadar, on the ‘Back Again’ EP