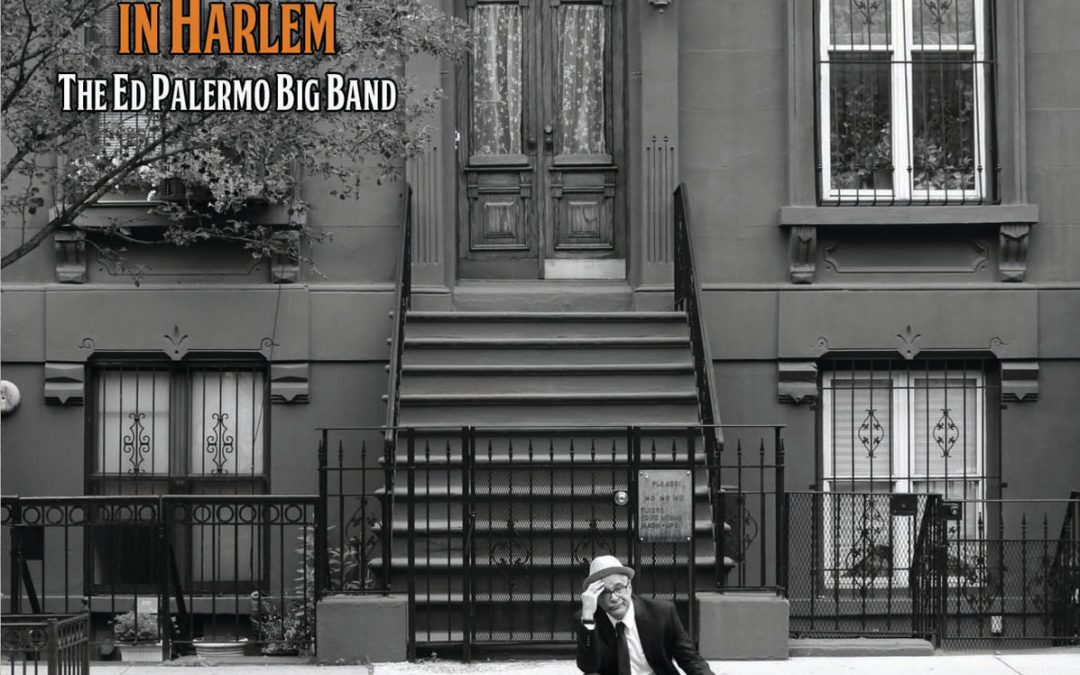 Quick history lesson. Back in 1958, Esquire magazine made the decision to have an issue dedicated to jazz and hired Art Kane to provide a photograph to capture the scene. Kane in turn proposed inviting all musicians from New York City’s jazz community to assemble for a group photo in Harlem and at 10 am, on August 12th, 1958, a veritable who’s who of the New York scene assembled in front of No. 17, 126th Street. This included Dizzy Gillespie, Art Blakey, Thelonious Monk, Coleman Hawkins, Mary Lou Williams, Lester Young, Charles Mingus, Gerry Mulligan and Count Basie with the resulting photograph one of the most famous of all-time, often referred to as “A Great Day in Harlem”. Fast forward sixty years, and instead of 57 musicians, at 10 am, August 12th there was just a single musician to be found at in front of the same brownstone, Ed Palermo, who was having a lousy day.

Palermo has made his name as an arranger who brings humour into his music, normally reconstructing Rundgren or Zappa, but here he has decided to play it straight as it were. This is golden age big band jazz, as he drives his 18-piece band through works by the likes of Ellington, Monk, Coltrane and Egberto Gismonte as well as some of his own compositions. My dad used to listen to music like this; it was the type of jazz which first got me interested in the scene as a youngster, and it is hard to express just how much joy I have had from playing this. If I was to take just one song out of all those on offer, then it would have to be Ellington’s “Brasilliance”, as the musicians have literally been unleashed to weave and counter-weave the melodies, creating strands which in their own right are complex and innovative but come together to create something strong and formidable. I can give no higher praise to drummer Ray Marchica apart from saying that on this track he is channelling Gene Krupa with incredible energy and passion.

Palermo has delivered an album of incredible arrangements, allowing the soloists to have their voice, and always driving the band on to incredible heights. Any fan of the classic age will just love this, as Palermo has gone back in time to allow people like me to remember what caused us to fall in love with the genre in the first place. So he has approached some modern popular music greats, has shown he can tackle “straight” jazz with aplomb, what on earth is he going to do next?