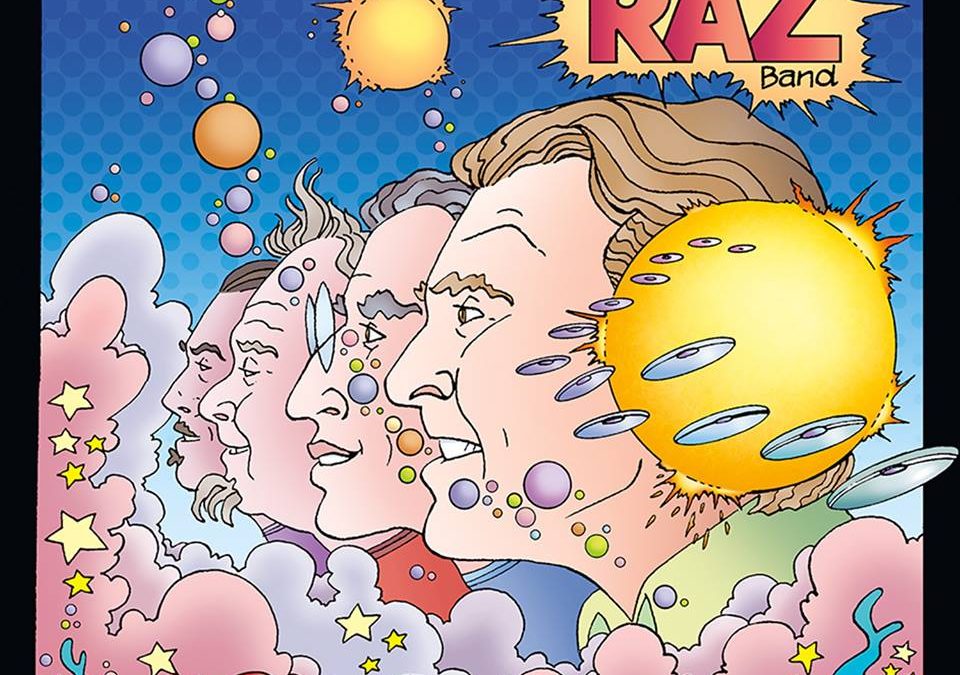 The Raz Band have been around for more than 35 years, based around Michael ‘Raz’ Rescigno on guitar and vocals, Jeff ‘Hutch’ Hutchinson on drums and vocals, Jim Manzo on bass and vocals, and Joey Molland on guitar vocals and production. Yes, that Joey Molland, from Badfinger among others. This is, as one might have figured out already, their ninth studio album and for those who wonder where the name comes from then they perform “Call Me Raz” which tells the story (basically no-one could pronounce Rescigno’s surname). It feels very much like a late Seventies album, the sort of music which came out of the pub rock scene in the UK combining with the punk ethic from the States. Apparently they have worked with Marky Ramone and that makes total sense to me from a musical perspective although the songs are somewhat slower.

It reeks of the underground and independent labels, and The Raz Band have found their home on Gonzo as if ever a label also contains those attributes then it has to be them. There can’t be many bands who harmonise on a chorus which repeats the words “Nipple Town”, yet I get the impression they really don’t care what anyone else thinks about it. “Dirt” sounds like modern-day Johnny Cash, and is one of the songs which helps one understand why a musician with the kudos of Molland has stayed involved with the band for so long. Here we have four guys standing up playing, producing songs which in many ways are basic but have a certain magic about them which makes this as interesting album and one I will be returning to.