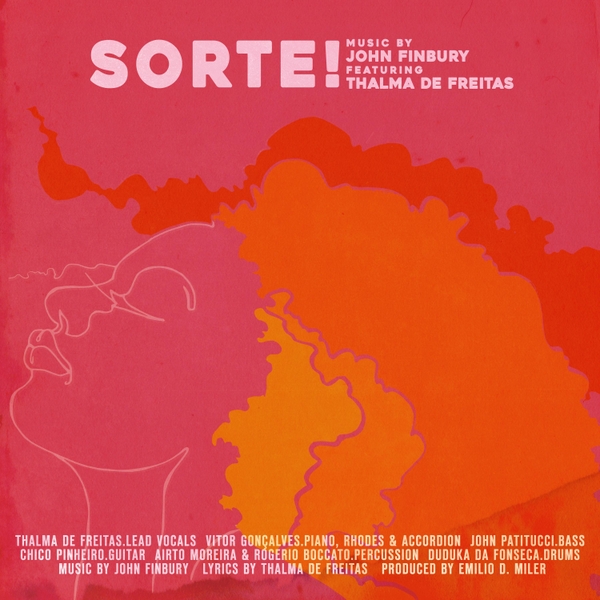 John Finbury came to prominence in 2016, upon securing a Latin Grammy nomination in ‘Song Of The Year’ for “A Chama Verde” from his album “Imáginario”, which featured Marcella Camargo on vocals. Here is working with Thalma de Freitas, who is a household name in her native Brazil, initially as an award-winning actress. She became a solo singer in 1996 and has since released three albums under her name, as well as fourth one with the big band Orquestra Imperial. This album of Brazilian-inspired Latin Jazz songs was produced by Latin Grammy winner Emilio D. Miler, who assembled a band which features Vitor Gonçalves on piano, Rhodes and accordion, John Patitucci on bass, Chico Pinheiro on guitar, Duduka Da Fonseca on drums, and Rogerio Boccato and the legendary Airto Moreira on percussion.

The biggest issue with this release for me is that it is so short. Just six songs, 29 minutes long, and for me it isn’t really long enough to really get inside these languorous laid-back vocals. Thalma’s voice is like velvet, while Patitucci is an incredible bassist.”Ondas” is a song which really stands out, as the introduction is bright and vibrant, and the arrangement interesting in that in many ways it is all over the place but somehow it all combines to create something quite special indeed. I wish there more songs, and that they were longer, as all the musicians are masters of their craft but there isn’t really enough room here for them to spread their wings while Thalma’s vocals are a sheer delight throughout. Finbury has won various awards for his take on Brazilian inspired jazz music, and I can see this release gaining even more kudos.