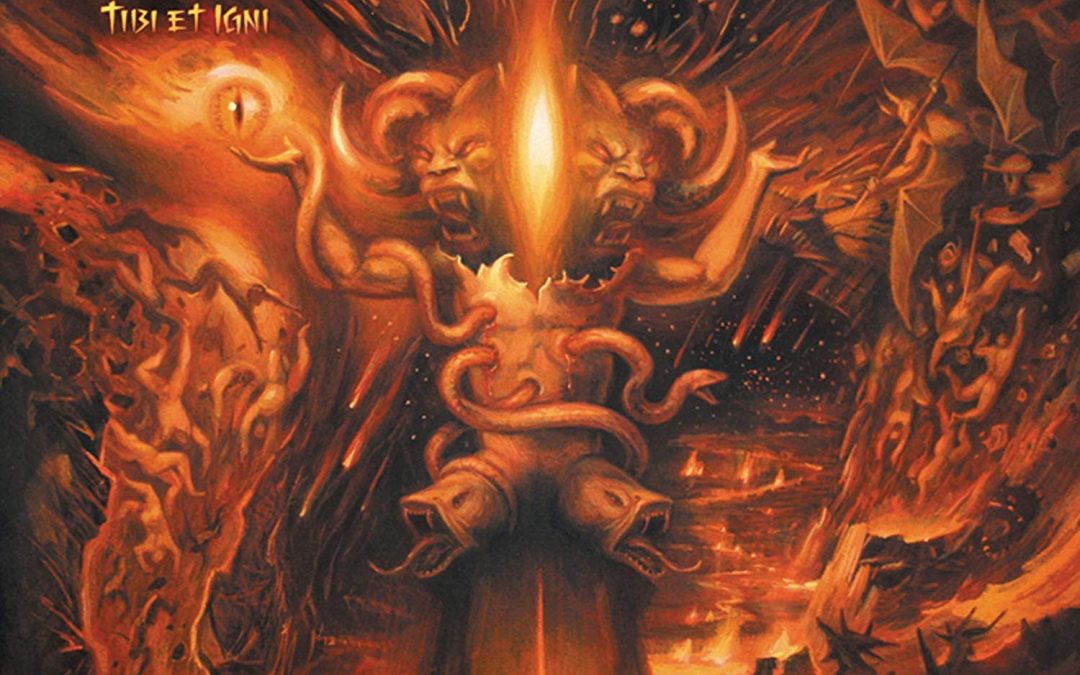 Polish band Vader were formed as long ago as 1983 by Piotr “Peter” Wiwczarek and guitarist Zbigniew “Vika” Wróblewski, although over the years there have been multiple line-up changes with Peter being the only constant. There was a major shift in 2011, with ‘Welcome To The Morbid Reich’ being recorded by what was basically a new band, and ‘Tibi Et Igni’ followed some 3 years later. By now the guys were all bedded in as the result of constant touring, and Peter (vocals, lead guitar) along with Marek “Spider” Pająk (rhythm guitar), Tomasz “Hal” Halicki (bass) and James Stewart (drums) deliver the goods. This is a potent mix of death and thrash, with plenty of riff-heavy melodies and a stunning production (take a bow Wojtek and Sławek Wiesławscy) and they even secured the services of the mighty Joe Petagno (yes, the man behind Snaggletooth) for the cover art. They need powerful and strong imagery to go with this as here is a band with a long history behind them who are determined to keep delivering the goods.

There are few extreme bands with a history as long as Vader, and this album shows that they are no content to rest on their laurels just yet but are going to keep delivering time and again. It is the guitar solos more than anything else which move this out of death and into thrash, yet they also combine symphonic sounds to produce something which is atmospheric and 100% Vader. While some bands have mellowed out in their latter years, or turned into something which early fans of the band may not recognise (who said Opeth?), Vader continue to deliver. Rich, chunky, this is incredibly heavy yet still melodic as the music twists and turns and will certainly bring a smile to anyone into this style of music. If you have yet to come across Vader then this is definitely a great place to start.