The title Shape Without Form comes from a poem by T. S. Eliot titled The Hollow Men.
The loose concept of this album is about being human/unhuman, avoiding becoming hollow, that threatens us all.

The band tells more about the songs:
Frankenstein’s: is mainly inspired by movie scores. The seemingly different, theatrical piano intro and the heavier, odd-time signature part are sewn together at the end.

Eclipse: is the most complex song on the album. Everything is on the move, until they all stop forever.

Y13: (Yankee 1-3): The voice samples are from the movie called Space Men (1960), directed by Antony Daisies (Antonio Margherit). The song which encapsules the “other” side of this band that critics so love to write about, inspired by movie composers like Hans Zimmer and John Williams, the symphonics make friends with the atmospheric and heavily riffed parts.

Hunt of Life: is a weird, sort-of-psy-dub cover of an Icelandic folk song called Krummavísur /lyrics written by Jón Thoroddsen/, the vocal samples are from a youtuber’s (Kelly Jenny) acapella cover.

Follow: Follow someone or something you trust, to get through the everyday chaos. Connected to the name of one of our member’s home village, it talks to you about living through trying times and moving on oh-so-many times to something completely new.

Before Anything Happens: Just stop for a minute, try to comprehend the hidden themes and melodies.

W. A. N. T. (We are not them.): The samples are from the movies Nineteen Eighty-Four directed by Michael Radford /1984/ (based on the novel 1984 by George Orwell, 1948) and Apocalypse Now directed by Francis Ford Coppola /1979/. and from Apocalypse Now ‘s Marlon Brando character, Colonel Walter E. Kurtz, performing parts of the poem The Hollow Men by T. S. Eliot. A real Ghost Toast song in all of its entirety, if there ever was one.

Our hope is that the music on this album can at least temporarily remove the listeners from their surroundings and help submerge in their fantasies and/or question the world around them. 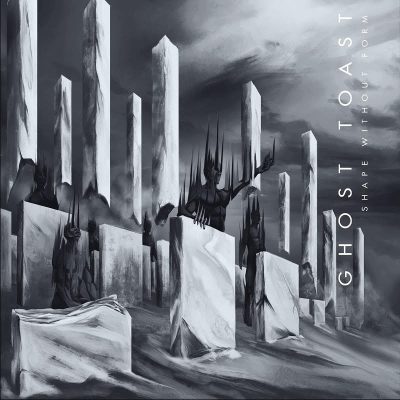