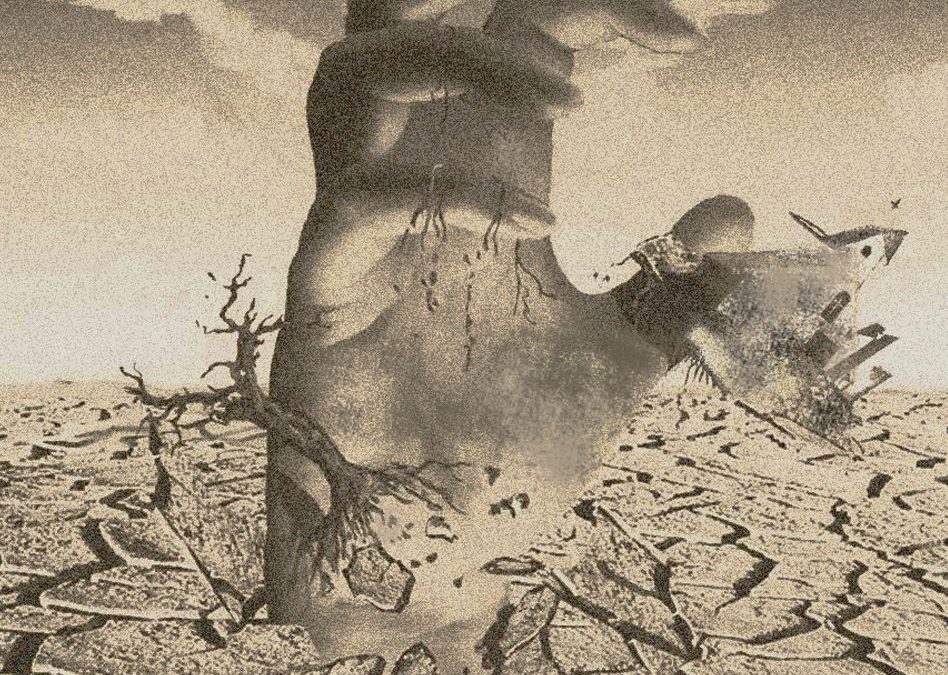 UK band ATARKA was formed just two years ago, and from their home base in Birmingham they have developed their craft ever since, releasing a couple of singles along the way as well as, presumably, playing live as often as they could. Their debut album “Sleeping Giant” is now ready, and will be self-released by the band towards the end of March 2020.

Atarka is a metal band, and that is a fact that becomes obvious a couple of seconds into the second song of this album. This due to the opening song and title cut being more of an atmospheric affair of the kind that is properly dark and tantalizing, but ultimately also an exception when compared to the 9 cuts that follow in it’s wake. I’d also state that I regard Atarka as being a rather modern metal band, as they opt to use many impulses and genre details that have a more recent age as far as their use in metal is concerned. Most of them are used as flavoring rather than dominant elements though, which for some may be a good thing and for others perhaps not as much so.

For my sake I’d say that the transitions between groove-oriented passages and more defined riff barrages is a defining feature of this band as of 2020, with a gnarly guitar tone prominent in the former while the latter has a tendency to be tighter. Impact riffs will make appearances in both trajectories, and the band aren’t afraid to toss in some melodic or harmonic overlays either. While both of these main forms are ones I’d probably sort under thrash metal if asked, the band doesn’t mind slowing down a bit towards doom-oriented passages or transitions either, and those who look will find a few more extreme metal oriented parts scattered throughout as well. With some modern modern day, arguably alternative melodic metal twists tossed in here and there for good measure.

The overall feel of this album is of a production that is dark, gnarly and somewhat foreboding though: Heavy, tension-filled and aggressive. The use of hoarse, croaking lead vocals emphasize those aspects, while clean, melodic vocals are added as a nifty contrast, at times also used in contrasting passages with a less oppressive general nature. Further adding to the aspects of variety, contrast and the aforementioned modern moniker is the sometime use of post-rock tinged, textured overlays, which also adds a slight delicate touch to landscapes that may otherwise become slightly overwhelming.  A select few more careful opening parts of certain songs also helps out in that department.

For my sake I find this to be an interesting album. The songs comes across as well developed. A tad one-dimensional at times, but with enough nerve, contrast and tension to make matters intriguing and captivating. An extra plus is given for the final three minutes or so of noise-tinged, psychedelic doom metal that concludes this album, whether this sequence is a part of final song Delacroix or if it is a so-called hidden track.

If you tend to fancy bands that mix and blend elements from a number of different subsets of metal into a dark, gloom-laden and slightly oppressive atmosphere with a gnarly thrash metal foundation, then I’d say that the chance is fairly good that Atarka’s debut album “Sleeping Giant” may well be of interest. And of this descriptions makes you curious, find them on Spotify to listen to the initial singles from the album, to get a taste of what they are all about.