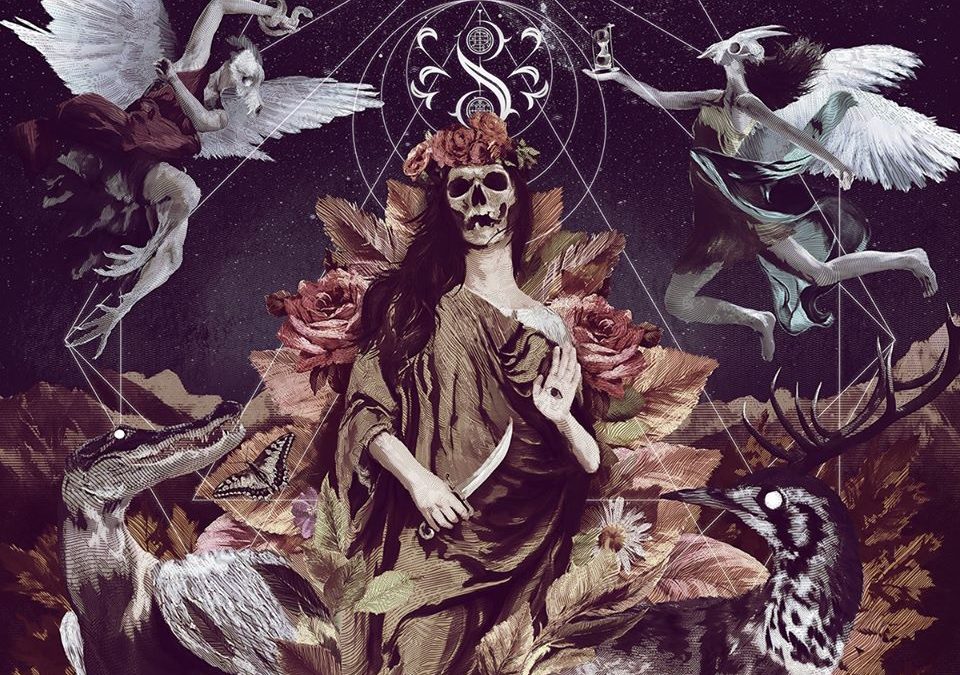 Irish band SECTILE started out at the tail end of 2016, and from their base in Dublin they have developed their craft step by step, with an initial EP released in 2017 and then continuing with rehearsals, live performances and studio time thereafter. “Falls Apart” is their debut album, and was self-released in February 2020.

Sectile define themselves as a progressive metal band, which strikes me as being totally appropriate for the type of music they create. The bands tends to shy away from most of the common mainstream norms as far as song structure goes, and you do need to enjoy encountering multiple twists and turns in each and every song to be able to get the music they create. That being said, this isn’t a band that have chosen to follow any of the main traditions within progressive metal either, which makes them a bit more of a novelty in this general landscape.

Guitars and guitar riffs are key elements throughout this album. This is a band that love their guitars, and they appear to find great joy in using this instrument in a fairly expressive manner to boot. Drawn out, majestic dark riff textures stand side by side with staccato riff barrages with and without impact riffs. Groove-oriented escapades have their place to, as do a great number of variations on smooth, tight and flowing riff barrages. Something of a constant in all variations are overlays and undercurrents. From careful, gentle atmospheric laden tones to nervous and sometimes more frantic post-rock oriented textures, alongside melody and harmony oriented guitar solo runs. Sometimes, unless I’m much mistaken, I believe some keyboard details were added to the mix as well. Unpredictable and often expressive, albeit with the use of recurring elements and sections that is needed  to build an identity for the individual compositions.

Here and there more delicate passages will be used as well, and to good effect at that. From the careful, jazz-tinged opening of ‘Daggers’ to the more elongated clean, fragile guitar driven passages found on concluding epic ‘Dying of The Lights: Purpose / Silence / Aethernity’, Sectile showcase that they know their way around more careful approaches to music as well, and for the latter composition many fans of progressive rock and metal will be pleased to hear that this is a band that know what a Mellotron is as well, as this instrument is used sparingly but to good effect therein.

Alongside expressive, modern day use of the guitar, with both bass and drum given some liberty to be more adventurous as well, the other defining aspect of this band are the emotional and often expressive lead vocals. Taking what might or might not be a lead from the likes of The Mars Volta and Coheed & Cambria in that department, Sectile opts for a more contemporary take on lead vocals here. Distinct variations in tone, phrasing, intensity and expression is a key element throughout. Perhaps not a style of vocals with universal appeal, but for those who know and treasure this more realistic and less operatic vocal style this will obviously be seen as a positive. The only slight negative for me is that vocalist Gaba appeared to struggle a bit with the limits of his range in a couple of places. Not anything major by any means, and only in a few brief instances at that, but a small detail that probably merits mentioning.

I find this debut album to be a strong, solid and competent effort. A contemporary take on progressive metal, with an emphasis on guitars and guitar riffs, as ell as a fairly adventurous and expressive use of this instrument as something of a core foundation. Often dark, at times bombastic and dramatic, with the latter aspect given something of an emphasis by way of the expressive, emotionally laden lead vocals. If this is a descriptions that strikes you as interesting, this is a band and an album that probably warrants a check at some point.