Among the best Italian progressive rock bands of the third millennium, the Milanese 5-piece Ubi Maior are undoubtedly worthy of mention; today, with their fourth album Bestie, Uomini e Dèi (Beasts, Men and Gods), they celebrate their twentieth anniversary.

All the experience gathered in the group’s long career has been poured into these six brand new tracks; in contrast to the previous record Incanti Bio Meccanici, characterized by long and complex suites, its successor reduces the songs length, pushing everything towards a more ‘compact’ but no less adventurous dimension. Bestie, Uomini e Dèi contains and preserves all the main features of the band’s style: symphonic and creative keyboards, aggressive and dreamy guitars, tight and hypnotic rhythms, energetic and melodic singing, expressive to such an extent that it becomes almost theatrical in some moments. We are not facing a standard concept album, even if the whole record is inspired by mysterious people, dark and unfortunate mythological figures, bloodthirsty monsters and beings from another world.

The final mix returns a powerful and crystalline sound, and denotes a care for details and an uncommon taste in the arrangements that maintain a perfect balance between the parts from the beginning to the end. Beautiful and sometimes surprising, Bestie, Uomini e Dèi will enchant both fans of classic prog-rock and lovers of more modern sounds. Papersleeve CD edition, with 12-page booklet including original Italian lyrics and their English translation. 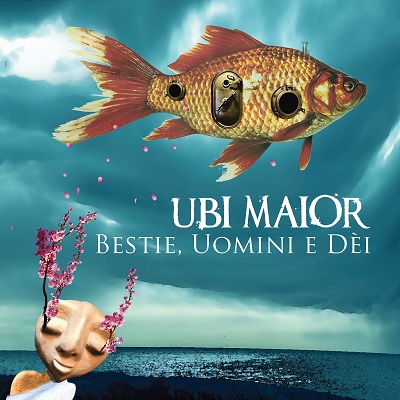 Alongside featuring in two acclaimed tribute albums (King Crimson 2004 and Moody Blues 2006), Ubi Maior released Nostos (2005), Senza Tempo (2009) and Incanti Bio Meccanici (2014), well appreciated all over the world and promoted with in Italy and abroad.