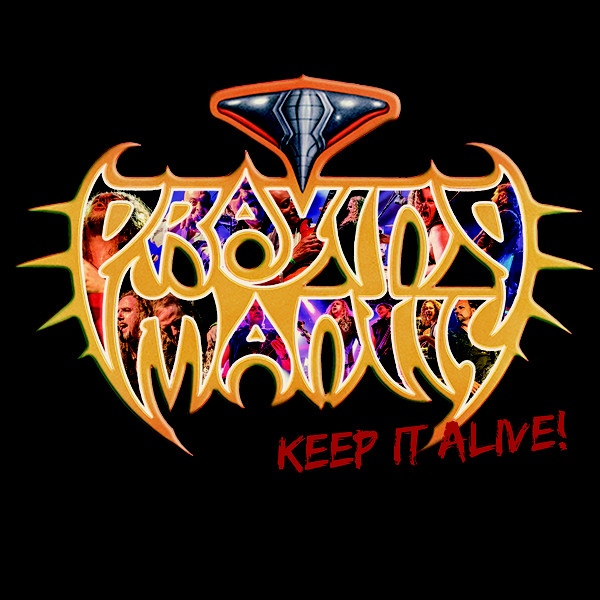 Rodney Matthews, the Troy brothers, ‘Metal For Muthas’, when someone mentions Praying Mantis to me, I always tend to think of the same things. There is no doubt there was a brief period when they were mentioned alongside some of the greats of the NWOBHM movement, and they rightfully deserved their place on one of the most important compilations of all time, and “Captured City” is a great song. That number opens this set, but when reviewing again the 1980 release, it is worth noting that only one of the bands were allowed two songs instead of one, and while some of the other groups did continue for a while, none of them ever had anything like the success of Maiden, with two of the other groups actually giving members to that band (Samson, White Spirit).

Their debut album, in 1981, some seven years after they were originally formed, ‘Time Tells No Lies’ had a cover by Rodney Matthews, but within a few years the band was gone. They reformed again in the 90’s and have been releasing and playing on and off since then. The current line-up is of course Tino Troy (guitar, vocals) and his brother Chris (bass, vocals), along with Andy Burgess (guitar) and newest members Hans in’t Zandt (drums) and singer John ‘Jaycee’ Cuijpers. This set was recorded live at the Frontiers Rock Festival V in Milan, Italy on 28th April 2018, and it must be said the audience were up for it and even sang “Happy Birthday” at one point. It also seems that this is an unadulterated live recording as there are a few duff notes here and there, while Cuijpers certainly misses some of the higher ones, in which case the harmony vocals must be what were being performed that night and all credit to the guys as they are very good indeed.

This is exactly the sort of album I would expect from Praying Mantis to be honest. They were only contenders for a very brief period of their career, but they have kept going through sheer determination and a refusal to give in. The songs are okay, but not brilliant, as is the musicianship, and the result is something which any fan of melodic hard rock will probably enjoy without ever getting too excited. Singer Cuijpers certainly feels the band are far larger than they are in reality, and one wonders if that is because he normally plies his trade in tribute bands (a quick glance at EM lists him currently being in Foreigner, Thin Lizzy, Iron Maiden and Van Halen cover acts).

I was 16 in 1979 when NWOBHM started to gain traction and the metal scene in the UK started to explode. I sought out independent releases, read everything Deaf Barton had to say about it, and listened to TV on the Radio. To be honest, even though I was seeking out bands like Angel Witch, Mythra, Chainsaw, Toad the Wet Sprocket, Handsome Beasts and so many others, I never bought any Praying Mantis releases in their heyday, and have not looked for any since then (even though Dennis Stratton was with the band for years when they reformed, and I always liked him). Having listened to this I do not think I have really missed out on anything, and while I may watch them at a festival such as this one, I may also feel inspired to go to the bar.