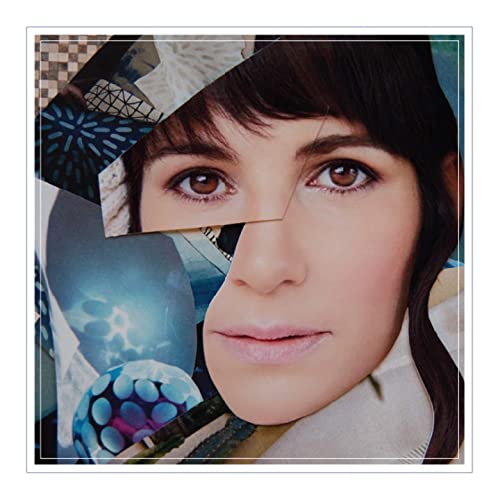 Born and raised in Hungary, Rozina Pátkai has been leading jazz groups since 2011 and has also been working as a freelance composer. Her first two bossa nova-oriented albums, ‘Voce e Eu’ and ‘Paraiso na Terra’, were award winners at the Independent Music Awards, and she also started an electronic music project called Minka in 2016. For this release she has taken a series of poems from the likes of Nathaniel Barratt, T.S. Eliot, William Blake, Jane Tyson Clement, Fernando Pessoa, Federico Garcia Lorca and Paul Verlaine, and then arranged them in a style which has its roots in jazz, but also in singer-songwriter traditions and even folk music. She provides the vocals, and here has been joined by János Ávéd (tenor and soprano saxophone, piano), István Tóth Jr. (acoustic guitar), Ditta Rohmann (cello), András Dés (acoustic and electronic percussion) and Márton Fenyvesi (synth bass).

The result is something gentle yet edgy, simple yet incredibly complex, secure, and safe yet also with improvised and almost confrontational elements. Her voice is gentle and lulling, singing in lightly accented English, clear and seemingly fragile. The delicacy and purity of her vocals makes one think of the late Sixties in particular, and if it were just her and the acoustic guitar one would have a classic album from that period. But the cello provides a dynamic background, percussion is often very Latin in flavour, while the different saxophones can be all over the place. In some ways I am reminded of Suzanne Vega, at others it is Joan Baez, and given she is “only” providing vocals on the album it is somewhat surprising that she allows the musicians to have as much time and space as they do, but the result is something which definitely feels complete and whole.

I am sure this album is going to gain a lot of crossover attention as it straddles different types and fields of music. We are going to be hearing a lot more from Rozina Pátkai.