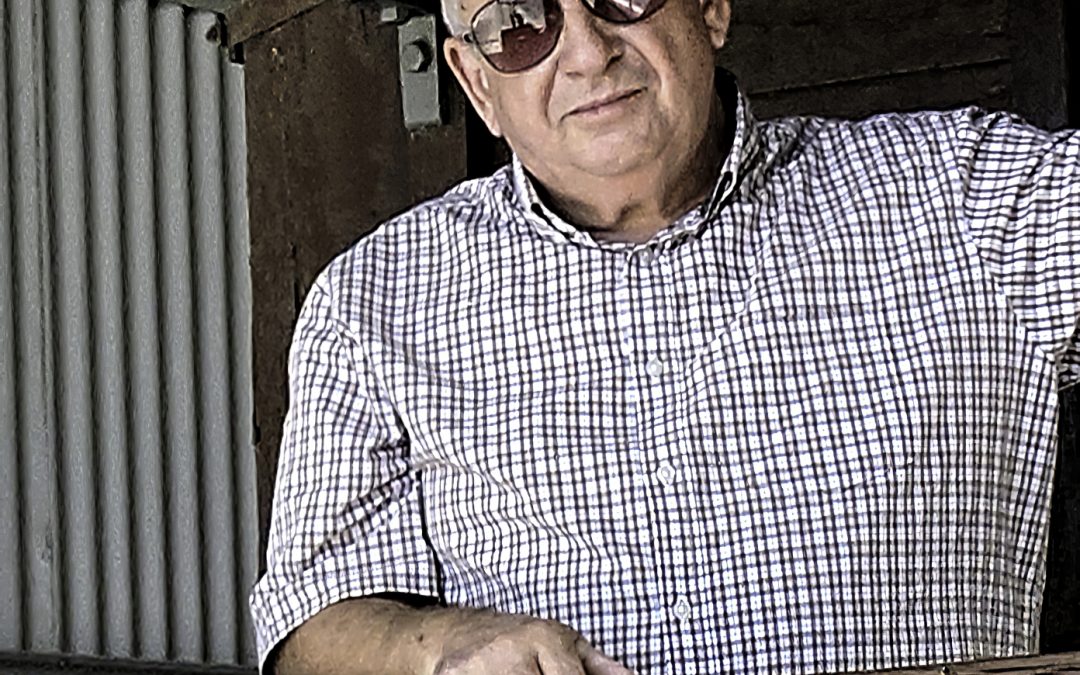 Hi my name’s Geoff (Penn) and I retired to live in Cyprus after living and working in the UK as a Consulting Engineer. My first memories of being totally absorbed in music were at the age of about six playing shellac records on my grand- mother’s posh radiogram. As a young teenager and together with a best friend we used to sneak up to London to watch Georgie Fame and the Blue-flames performing in the Flamingo Club, both of us making out that we were staying over at each other’s houses. I suppose these forays firmly embedded in me my love for the Hammond organ for which Georgie was truly an exponent.

After I had served my apprenticeship, job progression led me to work in London and it was there during my twenties that I discovered the very early beginnings in fact the birth of progressive rock within the pubs and clubs such as the ‘Marque; and the ‘Fulham Greyhound’. Here bands such as the likes of early “Yes “and “Jody Grind” took our breath away with that wonderful Hammond organ and other complex sounds. Also too the college circuits to see “Genesis” and stable mates “Rare Bird for example. And from there it grew watching named bands together with various, at the time, unknown support bands, and buying their albums at gigs. But of course a time comes when these helicon days subside into the background following marriage and raising of children. The BBC Friday Night Rock Show, Saturday Club and John Peel take over as your personal link to progressive rock music. As my children grew, even though progressive rock had seemingly been kicked into touch (by the advent of Punk), little chinks of light appeared. Bands such as the Bevis Frond and ‘The Stranglers’ (more glorious Hammond Organ) came to my attention with their own particular brand of psychedelic rock and with them an interesting underground magazine entitled the ‘Ptolemaic Terascope’ for which I did a couple of interviews. Firstly with the keyboard player of Cressida’s Peter Jennings and then Peter Howell the brains behind Agincourt and who worked at the BBC Radiophonic Workshop. (I still have the interview tapes and various photos plus a name credit on the “Alice through the Looking Glass” album).

Saying goodbye to working in London, and a move to Buckinghamshire, music still played a large part of my life and in my social calendar. Tony McPhee (Groundhogs), Dick Hekstall –Smith (Many bands including Colosseum), Mike Abrahams (Blondwyn Pig). All these guys could be found treading the boards in and around Milton Keynes and ever willing to chat to you about anything related to music. And then the Friars Club in Aylesbury to watch ‘Marillion’ and the ‘Pitz Club’ to see tons of other fledgling bands.

And finally present day, enjoying retirement in Cyprus. I run a little group trying to share my love of progressive rock music to others. I do get a few hardened soles regularly coming along but I rather guess it’s more of a case of getting away from their wives for a couple of hours, but my campaign to spread the progressive word is slowly taking root in this Mediterranean backwater.

The pleasure of keeping in touch with new progressive bands and their music is made so much easier these days with social media, great web-sites like this together with accompanying Face Book sites where you can sample the sounds. For the past three years I have reviewing albums for ‘Progplanet’.