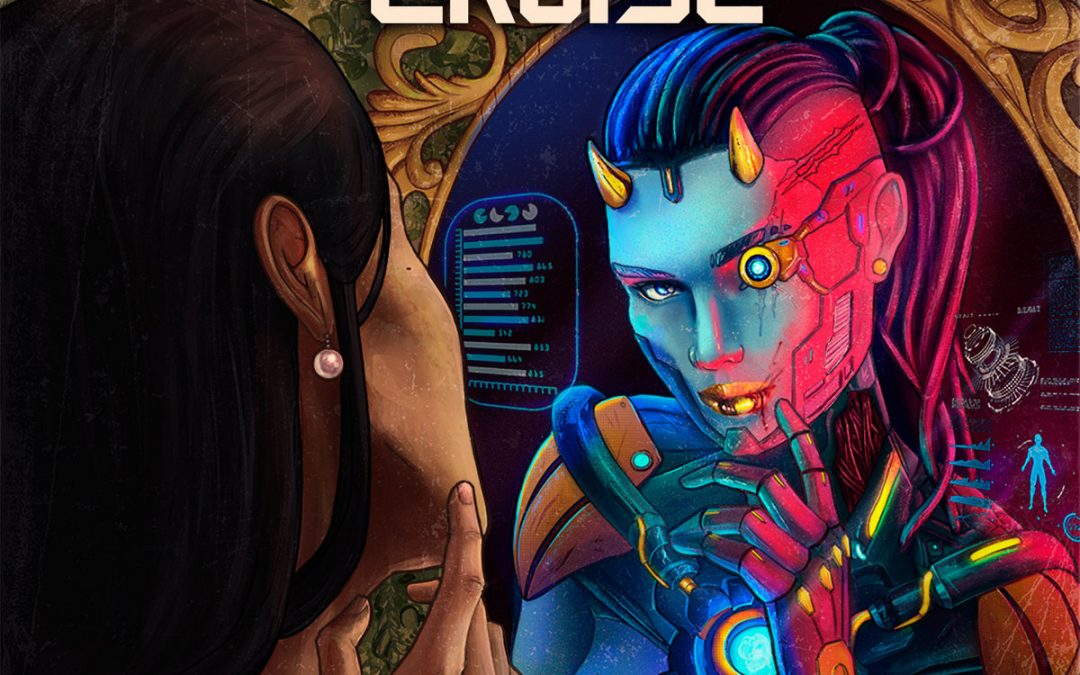 As with many “new” bands I came across these guys through Facebook when Phil Podolny and I started a conversation. He told me that he and Arthur Brukh were a duo operating in the Synthwave/Electronic Metal space and would I be interested in hearing their debut full-length album? Given I know nothing about either of those genres I was of course intrigued as I am always up for hearing new things, so now I am playing a cyberpunk version of music inspired by Homer’s classic. What I liked right from the beginning was the aggressive nature of the music, there is a definite crossover between synth music and metal guitars, and I can see this being of interest to people who have never thought of really mixing the two. However, for me the drums just don’t power it along like it should and having someone sat at an actual kit playing proper skins would have added a lot to this.

This is an instrumental soundscape with strong keyboard melodies driving through, and certainly has far more power than I often expect from keyboard players. Here they really are a rock band, just using keyboards as their main point of entry as opposed to guitars, although there are plenty of those as well. There is a driving beat in songs such as “Charybdis” which is infectious and compelling (interestingly I note many of their fans also name this as their favourite song on the album), while “Scylla” is just wild. This is a song which would easily get a mosh pit forming at a festival, and by the end of the album I must confess I had really enjoyed what I had heard. If the drums had been better I would be raving over this album, but even as it is, this is definitely worth seeking out on Bandcamp and casting an ear towards.