Arabs In Aspic – ”Madness and Magic” 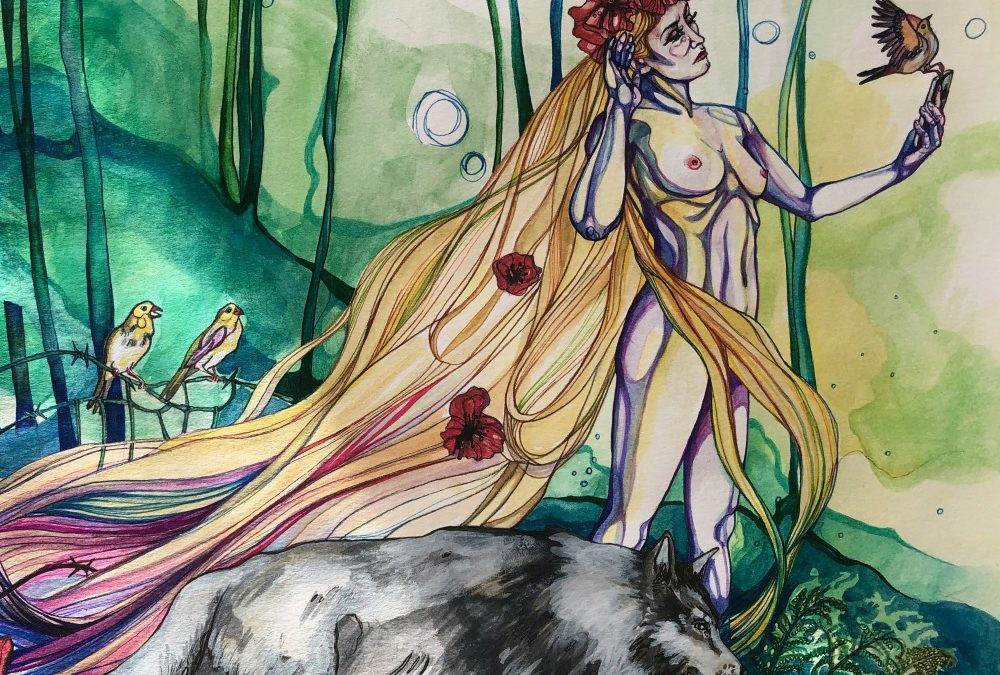 It is interesting to note how so much wonderful progressive rock music is emanating from Norway, especially from around the town of Trondheim. Where bands such as Ævintyr ‘Adventure’, ‘Kornmo’ and ‘Arabs in Aspic’, the subject of this review, are located. I can only imagine that it has something to do with the closeness of the breath-taking nature that surrounds this idealic location. Certainly ‘Arabs in Aspic’ totally encaptivate a feeling of wonderment with their sweeping symphonic arrangements and the melodic charm that completely saturates every aspect of their music. There is literally so much going on throughout the entire programme of six tracks with each main central theme packed to the hilt with lovely little countermelodies and then further adorned with other bells, whistles and electronically generated sounds.

Throughout each individual track on the new ‘Arabs in Aspic’ album  (‘Madness and Magic’) the music cleverly weaves seamlessly between a diversity of rock music styles with deft changes of pace and the formation of different atmospheric textures bursting to the fore. Such   a creative pattern follows throughout the entire album, rather as if the ultimate goal is trying to create a proverbial rock encyclopaedia and in the process capturing a great slice of progressive rock history all on one album. It is this interaction between various musical styles that makes the album so interesting and such a pleasure to listen to and become completely absorbed within.

The arrangements are all wonderfully thought out and so well executed.  The engine room from which everything originates and extends is the ever-changing percussive platform from which wonderfully melodic guitar, organ and other keyboard leads burst forth. Melodic charm is certainly the keyword and even swathes of tuneful bass resonate powerfully too with aspirations of taking a lead instrumental role. It is clear that hours of hard work have been invested into getting every note, phrase and musical arrangement perfectly assembled on this album. Flurries of so many beautiful instrumental fragments burst forth and reveal themselves after several plays, spooky organ, treated guitar, acoustic guitar and snippets of a  Latin percussive style takes charge for a moment or two. And then the preverbal cherry on the cake being the totally delightful vocal harmonies which on occasions take on a slight and wonderful ‘Barber Shop’ quality.

Summary: A total must-have album a joy to behold, original and melodic to the extreme.