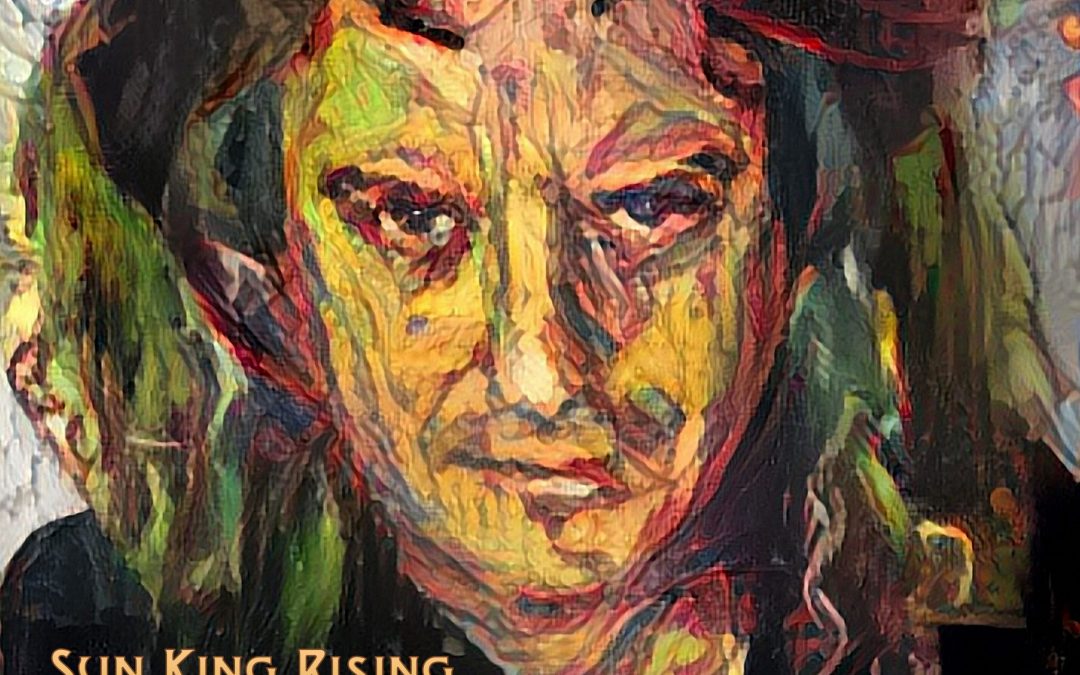 If one was to search for John Blangero on Google, one would be inundated with scholarly and academic references as he is a professor in the Department of Human Genetics at the University of Texas Rio Grande Valley (UTRGV) School of Medicine in Brownsville, Texas, and renowned as one of the world’s top researchers. But those in the know realise he is also lead singer and pianist with progressive rock band Harlequin Reborn, and here he is back again with a brand new project which is undoubtedly going to raise his profile even higher in the musical arena. The album kicks off with “The Snake”, which has an intro featuring just a snare and bass drum, driving us into the song itself. It is rare indeed to be captivated by just the first few bars of a record, but I was immediately intrigued to discover where this was going to lead. It already felt different, not progressive rock or hard rock, but something a little more earthy and full of heart and soul. When that changed to some lush female soulful gospel singers asking us to “Come on in” accompanied by a deep bass sax, I was deeply invested. The drums last five seconds, we have another 14 of soul and funk with brass and organ before John started singing, and by that time I had already stopped doing whatever else I was doing and was instead in the land of the delta.

This is an album out of time, an album of songs which refuse to stay focused in one particular musical genre, with “In a State of Grace” being yet another standout based around John and his piano with a lush horn background which could come from classic Chicago. The person I was most reminded of when I started listening to this was Bob Seger, but as the album progressed, I was reminded more of Joe Cocker, with early Elton also making an impression. I later read an interview with John where he said he had been influenced by Joe Cocker, Leon Russell, early Elton John, Dan Penn, and a host of others, and that definitely comes through in the music. This is an early Seventies album, one where musicians and singers were valued for their craft and had the opportunity to spread their wings and create something of note as opposed to the plastic disposable pap which fills the airwaves. Even after just the first time of playing this felt like an old friend, a favourite leather armchair, and the more I listened to this the more I enjoyed it. The first time I played it I did so three times back to back, loving it that little bit more each time, and remember I was locked into this album the very first time I played it after just a few seconds!

The music sweeps and soars, but is also very grounded, and it feels as if one is there with John in a small shack listening to him tell his stories, a bottle of JD to hand, the sound of the cicadas blending with his voice in the air. He has brought together a host of musicians and allowed them to shine (the guitar solo on “Take It Down” is simply sublime), yet at the forefront of everything is his well-worn emotional and atmospheric vocals as he accompanies himself either on organ or piano. This is a thoroughly enjoyable album, full of memories and great songs, in the tradition of The Band and so many others. Classic rock and soul steeped in Americana, with great songs and vocals, this album is sheer delight from the first strike of the snare drum to the organ fade out on “Let There be Light”. This album will not be available for a few months yet, but make sure you sign up to PeacockSunrise Records to be one of the first to get it when it is out.