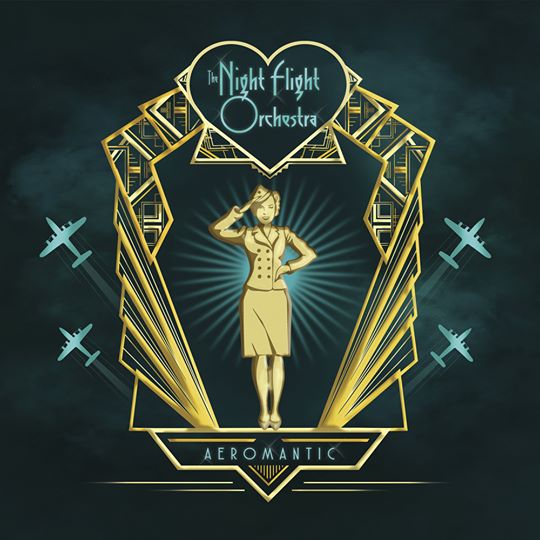 Unless Björn Strid (lead vocals) and David Andersson (guitar) are careful, people are soon going to start talking about Soilwork as their side band as opposed to this one. Formed by the pair back in 2007 when they were touring the States with Soilwork, the line-up was soon joined by bassist Sharlee D’Angelo (Arch Enemy, Spiritual Beggars, ex-Mercyful Fate), and Jonas Källsbäck (Mean Streak) and these days also features Sebastian Forslund (guitar, percussion, special FX), Anna-Mia Bonde (backing vocals) and Anna Brygård (backing vocals). As we have all come to expect from TNO by now, the result is a classic rock sound based in the Seventies which is far more metallic combined with hook-laden great songs and powerful vocals. It is hard to imagine that one of the most powerful metal units out of Sweden, who have been incredibly consistent in terms of quality releases over more than 20 years and started as a melodic death metal outfit, has also spawned this commercial glossy-sounding band, yet it has.

This is far more than a simple project as well, given this is their fifth album in 8 years, with a very stable line-up. This is a proper band, who just keep getting better all the time, who just happen to share two members with another very popular band who produce a somewhat different style of music. Anyone expecting Strid to throw out the growls and drive the band along into “This Momentary Bliss”, for example, are going to be somewhat surprised with the rather twee “Curves”. It really does sound like a long-lost cheesy number from 40 years ago, as influenced by Manny Barilow as by Bad Company. But do you know what? By the time the listener gets this far into the album they have stopped caring about what others may think about their tastes and are just sat there with a great big smile on their face. This is the band who added the voluptuous singing air stewardesses The Airline Annas to their line-up and also got audiences at metal festivals all over Europe to do the conga train and unite in feverish disco dancing!

This band allows Strid to show just what a great singer he is, with loads of emotion and passion and very little in the way of growls or coarseness in his voice. This is an album of one guilty pleasure after another, as there is loads of material here which no self-respecting metalhead will ever admit to liking, but do you know what? (whispering) It is really good. I can’t help thinking it must be hard for everyone to sing and play with their tongues firmly pressed against the side of their cheeks to stop themselves from laughing while they are playing, but I simply don’t care as for any fans of 70’s style rock taken to some sort of extreme then yet again this is a delight from start to end, just like their other albums.