Twitch of the Death Nerve: A Resting Place For The Wrathful (2020) 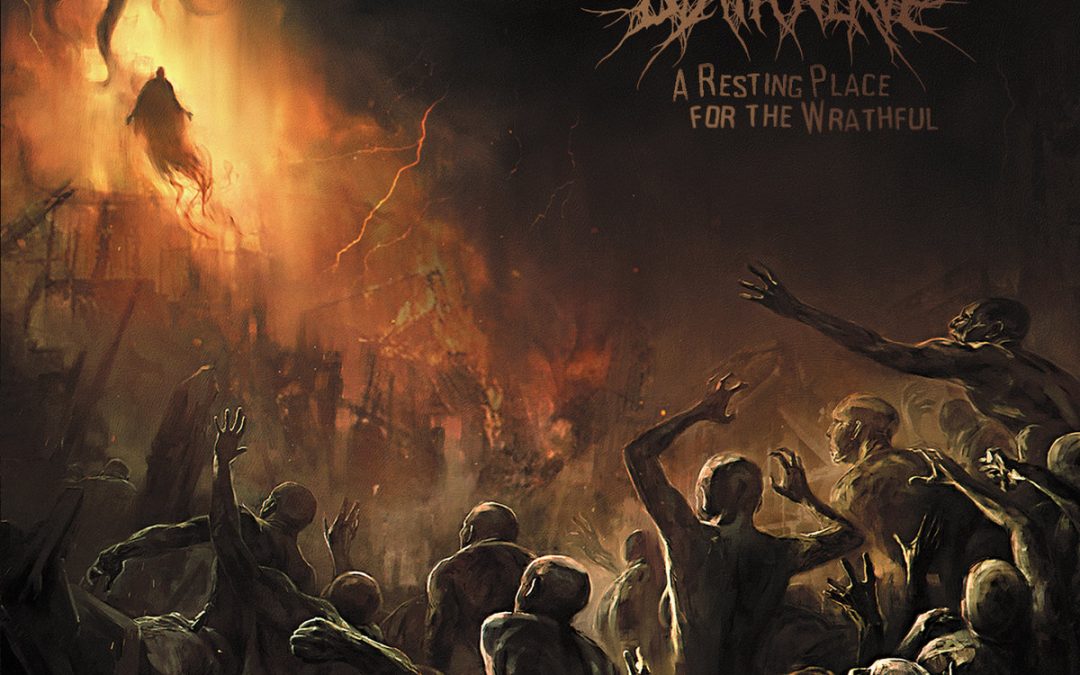 London-based brutal death metal act Twitch Of The Death Nerve were formed as long ago as 2004, and released their first material as a split with Corpse Carving and Bludgeon the following year when they were just a duo of Tom Carter (bass, vocals) and Tom Bradfield (guitars, vocals, drum programming). It took until 2014 for the duo to record an album, but now they are back with their second and have brought onboard experienced drummer Mauro Hammerition (probably best known for Goreinhaled). Eight songs, less than 27 minutes in length, brutal death metal, we all know what we are going to get and we are right. But take a look at the album art – okay so there is the classic indecipherable logo one would expect, but the artwork itself is somewhat more classy than one would often expect from the genre, and that ties through to the music as well.

The cello and scraped strings at the beginning of “A Witness to Ruination” lead into a reflective band playing slow chords, a dictator speaks his stuff, yet even when the vocals start the band keep it slow and steady for a few bars before ripping it up. They change tempo whenever they wish, never feeling they have to be at breakneck speed at all times and even stop playing for the bass to have a single note on its own before rushing off again. The guys have all been doing this for years, and it shows, as while this is brutal and pounding, there is plenty of little tricks and nuances here and there. Fans of the likes of Liturgy, Defeated Sanity, Decrepit Birth and Deeds Of Flesh will get a lot from this, as will anyone who wants to play the music loud enough for the blood to pouring from their ears.