Destroyed In Seconds: Divide And Devour (2020) 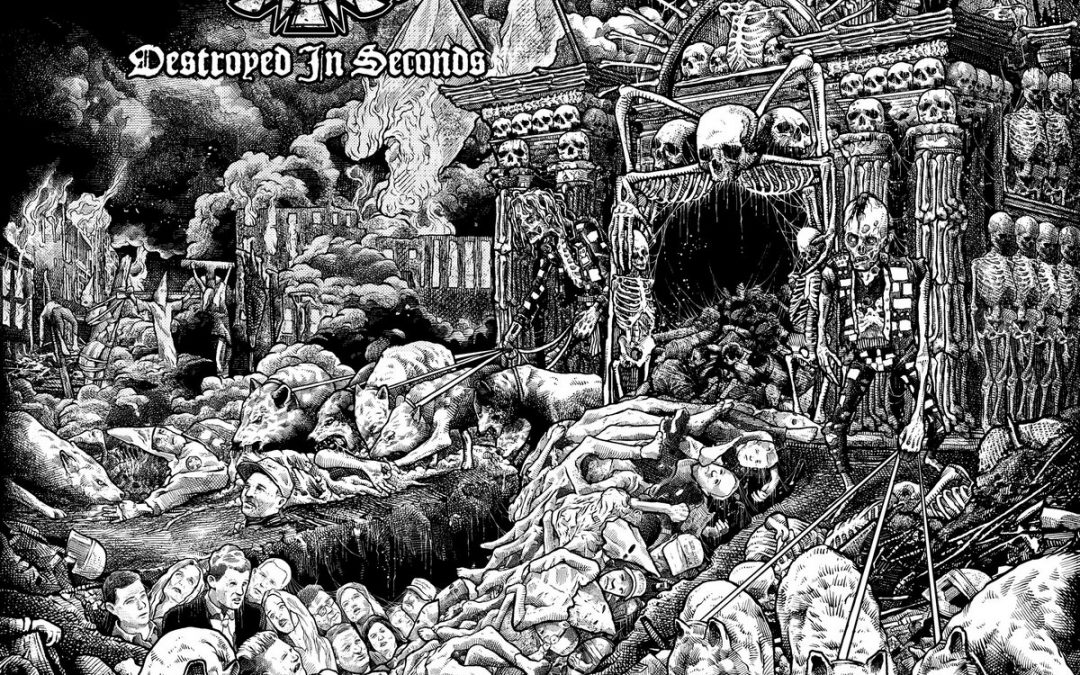 A black and white cover which depicts an apocalyptic future, eleven songs in thirty minutes, this could only be hardcore punk, coming to us from L.A.. One has to say that in many ways this is quite an unusual album in that while the drums are frantic and the vocals harsh, the riffs are somewhat muted and the music itself is quite melodic. In new lead guitarist Christian La Rocca (Ruin, Gravehill, Cobra Venom) they have someone who obviously is coming into this from a more metallic background as displayed by his solos, and this is music which at times is hard to distinguish from melodic thrash with only the vocals of Jon Tomala showing that the heart and soul is still hardcore.

This crossover genre is melodic and fun, yet while energetic doesn’t contain the brutality one expects as the underlying music is often something which one may expect to hear from far more melodic bands and this contrasts somewhat with the anger front the frontman. The weird thing is that it actually works, especially when some metallic guitar makes an over the top entrance in “World War When”. This may not work for the purists, but one can imagine it comes over in a far gruffer and menacing manner when in the live environment and overall this is a solid release without ever being essential.