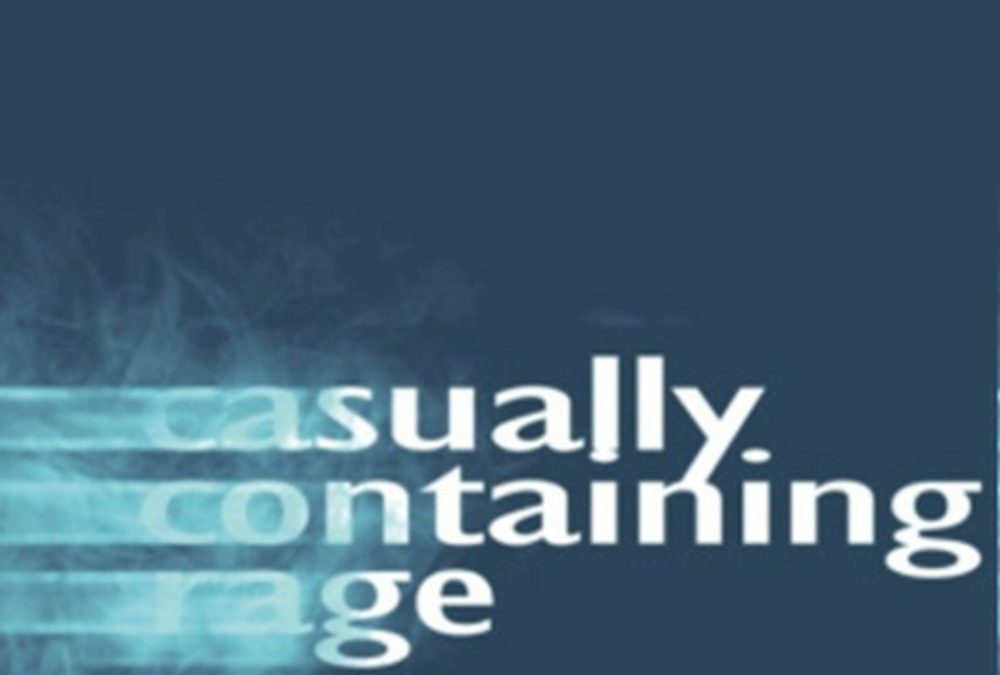 The ideals which inspire the direction of an artist or bands musical output could actually be the subject of a separate lengthy article. That is especially where such subject matter can fluctuate considerably depending on the circumstances of the day. For example, Bob Dylan with his political and social viewpoints immediately come to mind. In respect to the newly released three-track EP from ‘Potters Daughter’ on review here I just first need to quote the words of Dyanne Potter Voegtlin that “Casually Containing Rage was inspired by the feeling of intense anger and disappointment about the way things are and simultaneously wondering if anything we do individually will create change”

This beautiful album comprises three powerful thought invoking tracks that stir the emotions from both the poignant lyrical content and the precisely prepared instrumental arrangements.

There is certainly a quietly haunting air about the proceedings with the music, over the three tracks, being delivered in a slow but deliberately emphatic fashion. Each of the tracks though, separately, taking on a markedly different guise. Specifically so, with the various instruments making their mark in varying ways throughout the entire score.

In the self-penned, opening track ‘To My Love’ (apparently a reworking from their first album) one’s attention is immediately focused towards the deeply resonant bass lines whose dulcet, yet fusion seasoned delivery, follow a series of intriguing repetitive riff patterns ( 6-string Roger bass at the beginning and at the end.) These note patterns, in turn, provide a solid foundation and act as interesting counter melodies to ‘Dyanne’s’ complex staccato vocals. Indeed complexity personified as she indulges in a challenging sequence of studio overdubs, thus in turn, generating some captivating multi-part harmonies. Her vocal gymnastics engaging in some incredibly delicious somersaults.

The second track is a gorgeous reworking of the classic ‘Warren Zevon’ track.  ‘‘Accidentally like a Martyr’ and in which Dyanne’s tuneful piano runs come bursting to the fore. Neatly tucked into and behind the layers of piano chords but gradually working through into a momentary lead role is a sensitive guitar break whose delicate presence quite takes your breath away. Dyanne’s vocals are brilliantly delivered with a gentle warmth and in turn saturated with much emotion, clearly a song that is dear to her heart.

Dyanne notes that: We recorded Accidentally like a Martyr for a radio podcast by Charlie Silvestri, about Warren Zevon’s life and music. I have always loved WZ and his music, especially this song.

The third track ‘We Could Be’ is an authoritative statement set to music and I quote Dianne:” dealing with racial injustice, featuring NPR radio broadcasts about George Floyd and Ahmaud Abery”.  However, despite the seriousness of the subject matter, this track, from a music perspective, takes off in a completely different direction from the other two being set in more of a funky soul kind of groove. (I wondered if this stylisation was an acknowledgement of unity paid towards the black community by white musicians in a song relating to racial injustice.) Set to a background of soulful keyboards and forceful piano and overlaid with cool jazzy moves the music leads into a series of radio announcements. Dianne’s vocals hitting home, in emphatic fashion, the message of freedom. An interesting track with a slight nod towards Steely Dan comes to mind!

An interesting aside : Filmmaker Serena Künzler has created a striking video for the song “We Could Be,” which was premiered during Potter’s Daughter’s set at ProgStock 8/29/2020. Video info:

‘We Could Be’ the music video was born when pianist/vocalist Dyanne Potter-Voegtlin and developing filmmaker Serena Kunzler put their heads together to create a message of unity and resistance in the face of racial injustice in the United States. As a US citizen living abroad, Serena still wanted to base her video edit on local images and footage. She first called out to friends on Facebook, and later “stalked” photographers on Flickr, some of which graciously provided their material on Black Lives Matter, Native Lives Matter, Muslim Lives Matter, Families Belong Together and other social issues. With the addition of abstract paint and colour footage from photographers on Pexels, the final music video – along with the song ‘We Could Be’ itself – blends themes of race, colour, struggle and unity into a multi-layered poem.

Here is the link to the YouTube video for We Could Be:

The formation of ‘Potters Daughter’ occurred when Dyanne Potter was studying classical piano at the ‘Manhattan School of Music’. Performing in and around NYC they attracted attention on radio, TV and in the national and international press.

The bands line-up has remained stable since the release of their 2018 album ‘The Blind Side’ and comprise:-