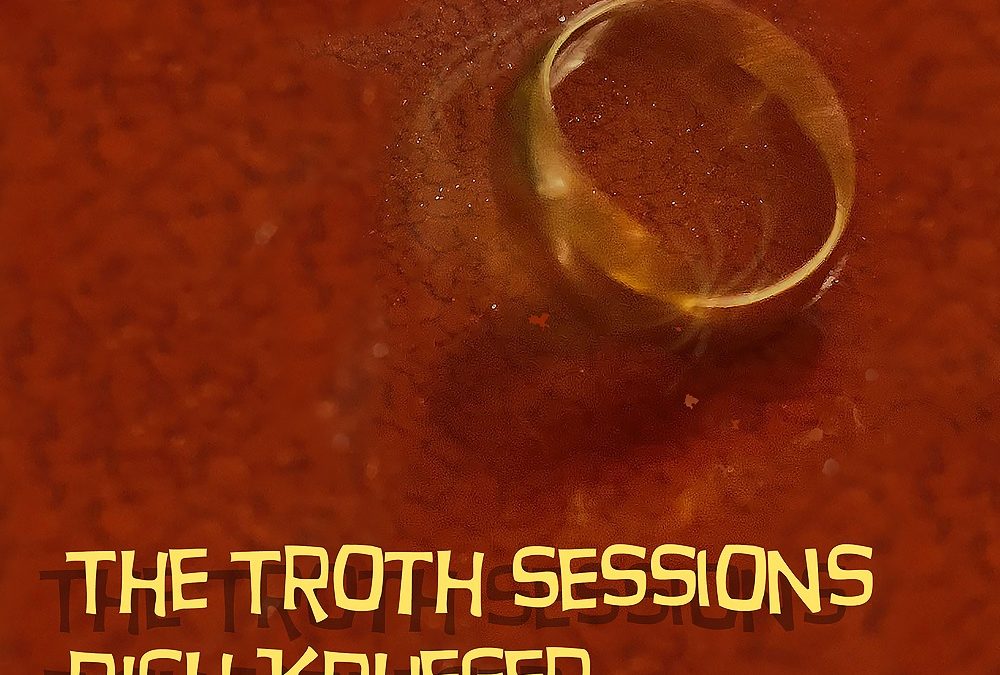 US composer and musician Rich KRUEGER have been playing and performing music for several decades, but have never really had a go of recording and releasing his material until fairly recently. His debut EP came as late as 2017, and the following year he released two full length solo albums. This year he was ready with a new mini-album, “The Troth Sessions”, and while the material on this mini-album has never been released prior to this, the songs and the recordings actually date back to 2002.

What’s good about the music presented on this mini-album is that the music is one with a timeless quality to it. This is material that could have been released in 1940 as well as 2040, and still would make just about the same impact on a musical level. This is down to earth, basic and honest music, with the acoustic guitar and a singer delivering the music and the words. No extra thrills or frills, other than a single guest appearance by a violin in one of the tracks. Good, old fashioned singer/songwriter music, of the kind I suspect many would file under the folk music or possibly Americana tag these days.

This kind of music isn’t really a universal one anymore, as there are singer/songwriters with orientations towards both mainstream pop/rock music as well as jazz, blues and other variations in this universe as well. In this case the roots and foundations are in folk music though, with a few possible nods in the direction of blues and Irish folk music as gentle flavoring in this case. Traditional is probably a good word to use here. Basic, honest and grounded material.

Krueger is a skilled guitarist and uses his voice effectively on all songs. He isn’t a flawless or faultless performer as far as I can tell, which is a part of the charm for creations such as these. Straight forward creations, probably recorded strictly as they were performed, giving these recordings the honest feel of a live recording. And at the very best this is breathtaking material too, with well thought out lyrics flowing and rhyming in a hypnotic manner, perfectly complemented by the wandering and fluid guitar playing. Music that sucks you in just as readily today as when the songs were created, and that will have the same effect on listeners in future years as well I suspect. And while I by and large doesn’t listen much to lyrics as such, the voice for me being primarily an instrument, certain details I noticed here and there as well as the elegant flow of the words in the best songs makes me suspect that a lot of work has been made here in terms of both message, rhyme and structure for this aspect of the compositions.

“The Troth Sessions” is a production easy to recommend to anyone with an interest in traditional, old school singer/songwriter material. Those that have a special affection for material of this kind to be honest, grounded and down to Earth will perhaps be the main audience here, but in my personal opinion at least this is music that should have a fairly wide and universal appeal. Thus I suspect that many with an affection for the more contemporary singer/songwriter types of artists should feel right at home with this mini-album as well.