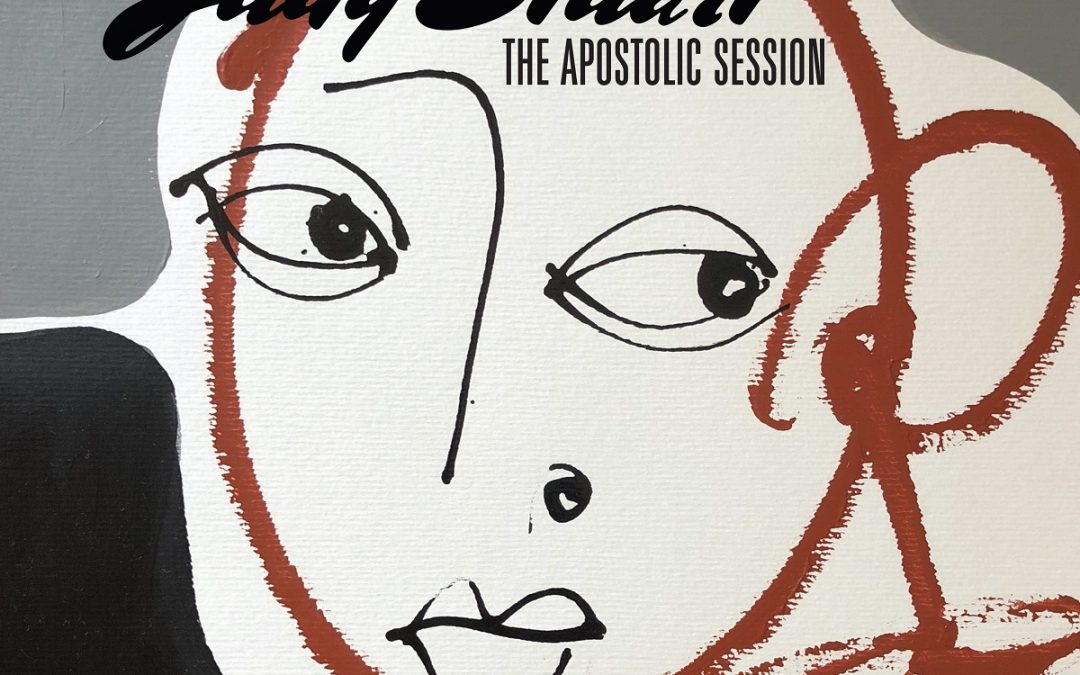 US composer and singer Judy STUART passed away back in 2018, and from what I understand she never had any of her recordings released while she was still alive, despite being active for several decades. In 2020 some of her recordings made in the late 1960’s saw the light of day however, as the single “The Apostolic Session”, released by the label Inky DoT Media.

This two track single / EP revisits an era where music was more expressive, and it would appear that Stuart had a taste for the more edgy type of material in the expressive corners of the music scene back then. The A side track ‘Inspiration’ goes full speed ahead into a free-form, improvised oriented landscape with strong avant sensibilities, complete with chaotic dissonant eruptions, disjointed rhythms and seemingly incoherent movements, occasionally dropping down into harmonic-oriented sections seemingly just to document that this is indeed planned and not random.

The B-side ‘Nickel Bag of Tears’ showcase a different side of Stuart’s escapades, with a jangly psych-tinged folk-oriented landscape explored, complete with some jazz-tinged undercurrents and effects. Material much easier on the ears and the mind, and where Stuart’s particular, almost child-like vocal style is given more room to shine as a more traditional vocalist too.

While I personally find the A-side to be less than interesting myself, those with a taste for expressive, avant and free-form oriented jazz may well want to seek out this production for that specific reason. The B side is in my view the sing with a more broader reach here, very much a product of it’s time and those with a strong affection for folk, jazz and psych mix-ups as they were made in the late 60’s may well find that this one merits a check.