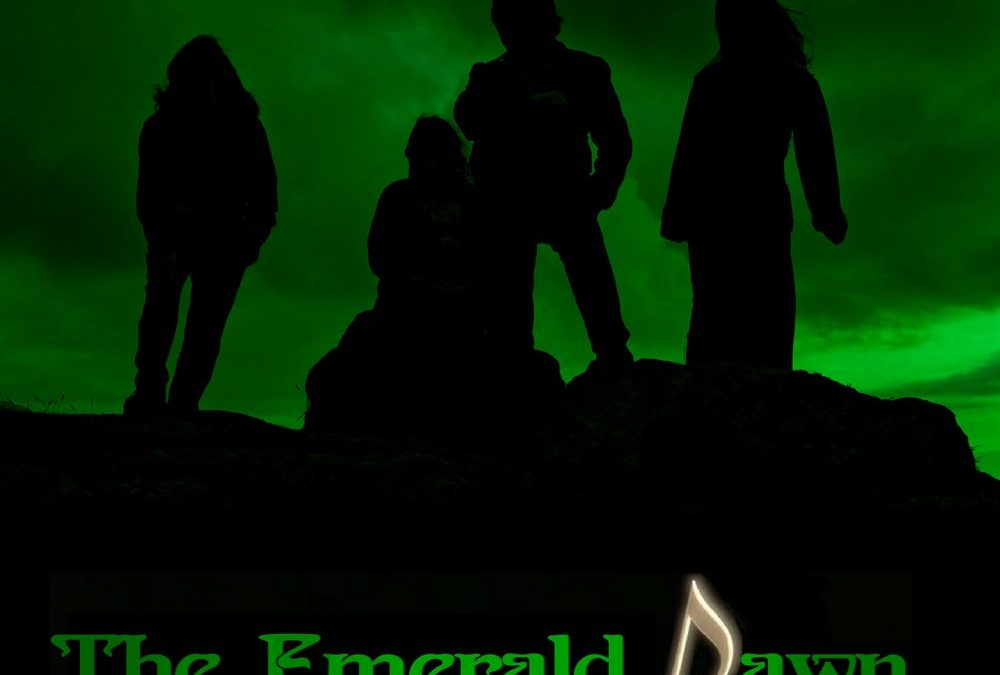 It seems a long time back to February 2019 when Emerald Dawn released their wonderful third album entitled ‘Nocturne.  A gorgeous album full of originality, melodic charm, and polished arrangements.

So, it was certainly not unexpected that the magical flavours of ‘Emerald Dawn’s symphonic proficiency would not falter and that their cultured approach to progressive rock music would be central to their new album ‘To Touch the Sky’. It is an album where all of ‘Emerald Dawn’s philharmonic progressive rock hallmarks have once again come to the fore and, in fact, have been protracted to reinforce the musical pedigree of this truly remarkable British band.

With the spirit of the music creating a distinctly atmospheric edge and in addition encompassing a melancholy feeling of fearful anticipation, it would not be an exaggeration to compare this latest ‘Emerald Dawn’ epic to a modern orchestral work of classical proportions.

It is an album with a conceptual theme based loosely around a crew of brave adventurers straying off the path and getting themselves lost. Where this mishap might have occurred is not clear but one could imagine, knowing that Emerald Dawn are based down in St.Ives in Cornwall, that a likely location could be’ Brown Willy’, the highest point in Cornwall, on ‘Bodmin Moor’ not too far from the Emeralds’ home base. Purely a guess of course but an area of natural beauty and untamed wildness and not a place from which to stray!!

Summary: Sitting with headphones tightly clamped and losing oneself to the majesty of the music it is impossible not to create your own interpretation of the storyline and let your imagination to be carried away. My interpretation of the storyline is probably way off the mark, to that intended by the authors, but it matters little because it is an epic suite of music. There are two distinctive melodic keyboard themes that thread their way through the entire programme with a series of exquisite flute, jagged saxophone and mixtures of different lead guitar incursions that add colour and vibrancy.  The wonderful basslines are such an important feature of the overall compositional writing process and really do provide a magical impetus and together with the ever-changing drumming arrangements whose patterns cleverly direct the subtle time changes which together with an outstanding percussive foundation for the entire music and its forward development.