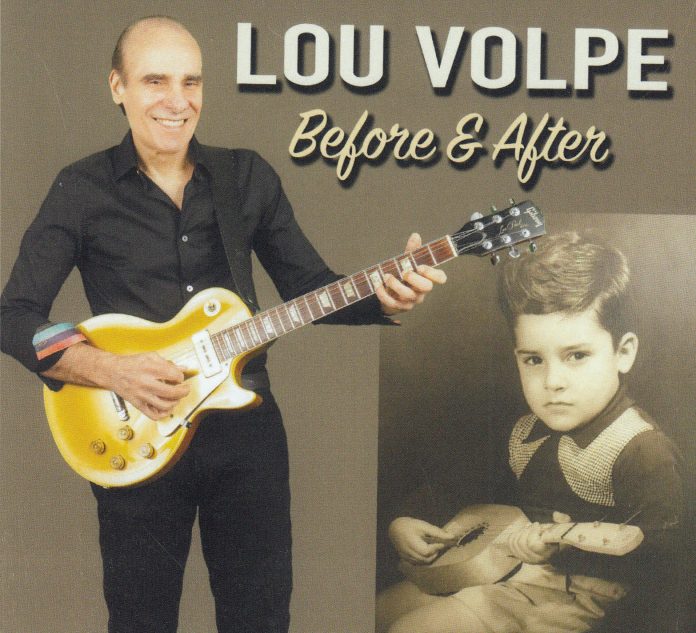 Guitarist Lou Volpe has long had a reputation of being able to cross between melodic jazz, danceable r&b and Adult Contemporary music. He toured extensively with Bette Midler, Judy Collins and Herbie Mann, and a list of the other artists he has worked with includes the likes of Chet Baker, the Manhattan Transfer, David “Fathead” Newman, Peggy Lee, Joey DeFrancesco, Les McCann, Terumasa Hino, Lionel Hampton, Chaka Khan, Bo Diddley, Liza Minnelli, Roberta Flack, and Phoebe Snow. One can gauge from that list that he overs a wide musical spectrum, and it is not a surprise that this album, which contains mostly his own compositions, is a light album reminiscent of classic George Benson. He has put together some musicians to provide suitable backing, and then he allows himself to use his guitar as the voice: there is no need at all for human vocals on this album as it is all provided by his melodic soloing.

It is perfect background music, not really music one would sit and listen to intently, but rather something to create an ambience in the room, and in that respect, it works very well indeed. This is all about melody and style as opposed to complexity and over the top exuberance. He is a guitarist who understands that less is often more, and although one recognises his ability, he tends to keep it straight and musical as opposed to throwing in massive runs or flourishes. Soft jazz, not quite as laid back as lounge, this is a pleasant album without ever becoming dramatic or essential.